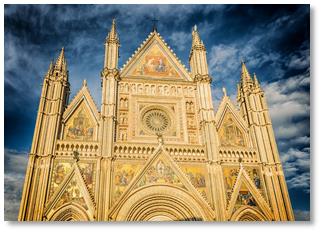 Reuters has a report out today about how President Trump has activated the religious left. Here’s the gist of it:

“The election of Trump has been a clarion call to progressives in the Protestant and Catholic churches in America to move out of a place of primarily professing progressive policies to really taking action,” [Reverend Serene Jones] said.

Although not as powerful as the religious right, which has been credited with helping elect Republican presidents and boasts well-known leaders such as Christian Broadcasting Network founder Pat Robertson, the “religious left” is now slowly coming together as a force in U.S. politics.

This disparate group, traditionally seen as lacking clout, has been propelled into political activism by Trump’s policies on immigration, healthcare and social welfare, according to clergy members, activists and academics. A key test will be how well it will be able to translate its mobilization into votes in the 2018 midterm congressional elections.

“It’s one of the dirty little secrets of American politics that there has been a religious left all along and it just hasn’t done a good job of organizing,” said J. Patrick Hornbeck II, chairman of the theology department at Fordham University, a Jesuit school in New York.

“It has taken a crisis, or perceived crisis, like Trump’s election to cause folks on the religious left to really own their religion in the public square,” Hornbeck said.

1. Reverend Jones says that the religious left needs to move from merely “professing” progressivism to “really taking action.” But nowhere does she or any other person in the article talk about a need for the religious left to “profess” the faith once for all given to the saints nor to act on the dictates of that faith. Nowhere in this article is Jesus, the cross, the gospel, or God even mentioned. If all I knew about the religious left were this article I’d have to ask in what sense it is “religious” at all. This article describes a very secular movement, if it even is that. And that brings me to my next point.

2. The article contends that the religious left—although not as influential as the religious right—really is beginning to gain some steam. It has been catalyzed, the article claims, by the presidency of Donald Trump. The religious left has been here all along, it just needed better organization. It is this latter point that is highly disputable. The mainline denominations are the cradle of the religious left, and the mainlines have been in a membership freefall for decades. They are declining in influence because they are declining in members. Theological liberalism eviscerates biblical Christianity. It is a form of godliness without its power (1 Timothy 3:5). Of course they are declining. Baptized secularism offers nothing more than unbaptized secularism. It is no surprise that secular people have decided that they don’t need to give up their Sunday mornings in order to have the baptized version. More “organization” is not going to fix the problem at the heart of the religious left—the fact that it is no longer Christian in any meaningful sense.