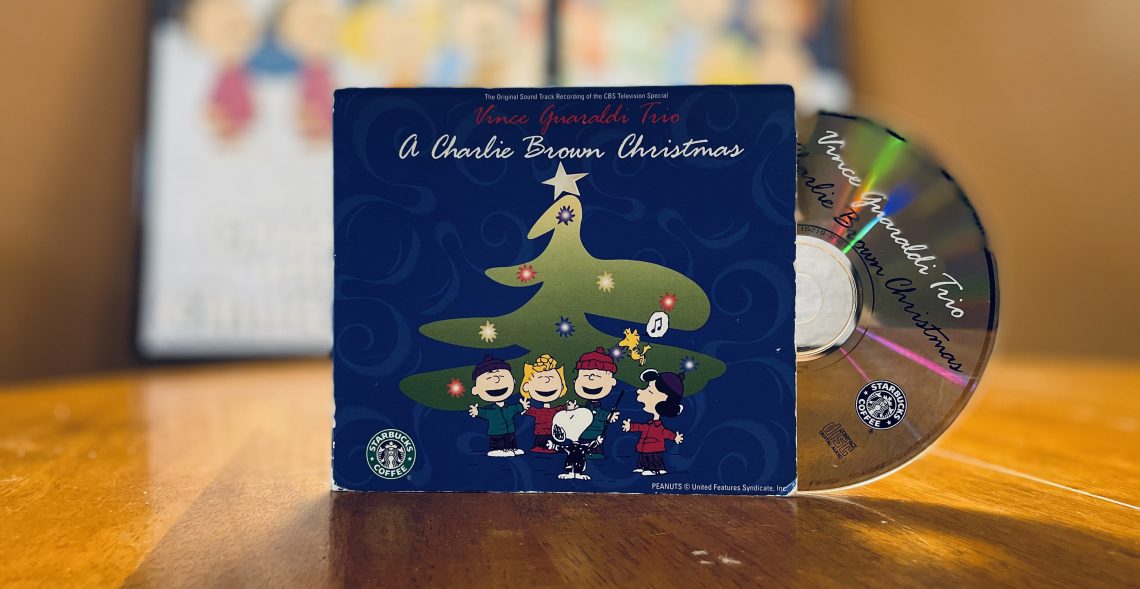 “A Charlie Brown Christmas” was an annual fixture of my childhood. For me, this special and “Rudolf the Red-Nosed Reindeer” were two highlights of the Christmas season. Those were the days when there were only three broadcast channels and before people had VCR’s. You couldn’t record it to watch at your leisure. “A Charlie Brown Christmas” came on once a year, and if you missed it, you’d have to wait an entire year for another opportunity to see it. You had to “check your local listings” to know when it would be on, and then you made an appointment to plant yourself in front of the television to watch the broadcast. With the help of mom and dad, I never missed it.

Whenever it came on, it preempted regularly scheduled programming. Back then, the networks created short intros to announce special presentations. It’s hard to explain the thrill of seeing the intro announcing that a Christmas special was coming on—a cartoon at night! It was awesome (see below).

Like I said, I never missed “A Charlie Brown Christmas”… until I did. At some point, I outgrew animated Christmas specials and put away childish things. I don’t know when it happened. I just know that it did. Childhood gives way to adolescence, and adolescence gives way too a boy too big for his britches. A boy who probably would have kept on with Charlie Brown at Christmas but who was too busy trying to be too cool for school.

Fast forward about eleven years, and the year is 1997. The boy is now in grad school, single, and alone in his apartment one December night with the television on. Out of nowhere, the network preemption intro appears with “A Charlie Brown Christmas” close behind. I was 25 years old and definitely too old for this, but after over a decade of ignoring this staple of my childhood, I wanted to see it again. I had to see it again.

I was rapt. I was also surprised to rediscover just how straightforwardly Christian the whole thing was. I guess I just took that part for granted as a child. I certainly missed the significance of Linus’ dropping his blanket. But I was old enough by 1997 to know that it was pretty special to see the message so clearly communicated on national television.

When Linus stood to recite the second chapter of Luke, I wasn’t expecting what happened next. For some reason that I cannot explain, the reading came as if the first time I’d ever heard Luke 2, and it landed on my heart like the weight of glory that night. Right there from Linus’s mouth to my ears:

And the angel said unto them, Fear not: for, behold, I bring you good tidings of great joy, which shall be to all people. For unto you is born this day in the city of David a Saviour, which is Christ the Lord.

When it was over, the boy that was too big for his britches had something in his eye and a lump in his throat. I was glorying in the gospel and profoundly humbled by the smiling Providence that the good news somehow still had its foot in the door on network television. It was in that moment that I realized that I would never be too old for this.

One year later, Starbucks revived “A Charlie Brown Christmas” by putting the soundtrack on sale in their stores. I was a poor student and didn’t have a lot of extra money, but that didn’t matter. When I saw the CD on the counter at Starbucks, I snapped it up immediately. I still own it today (see photo above).

Fast forward another 24 years. I have four children of my own, and “A Charlie Brown Christmas” is now a staple of their childhood as well. I made sure of that. Christmas isn’t Christmas if we don’t watch it. Together. Indeed, they have begun learning to play selections on the piano for themselves: “Skating” and “Christmastime Is Here” and of course “Linus and Lucy.” I love to hear their renditions of Vince Guaraldi ringing through the house. I will ache when they are gone.

I just read today that this year is the last time that “A Charlie Brown Christmas” will be broadcast on network television in prime time. Apple+ has taken it over and will make it available there. I know it’s not gone for good, but I’m nevertheless a little sad that the annual broadcast tradition comes to an end as the program now joins the massive catalog of titles that people are more likely to scroll past than actually watch.

In any case, on the occasion of its last broadcast, I just wanted to set down a marker of what the program has meant to me. Even if it does eventually fade from the attention of pop culture, it will go on in our home as long as I have anything to say about it. I suspect that it will go on in my children’s homes as well. At least in one family, there are decades of life left in it. And that’s a good thing.

Farewell, Charlie Brown Christmas. You found out the true meaning of Christmas and shared it as long as you could. May we do the same.