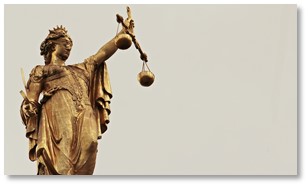 Yesterday I read a column by Ross Douthat that is perplexing. If I’m being truthful, it’s worse than perplexing. It is an absolute disappointment. Douthat makes the case that it doesn’t really matter whether Judge Brett Kavanaugh is guilty or innocent of the allegations against him. Even if Kavanaugh is innocent, he has been tainted by accusations made against him and on those grounds alone could be unfit to serve on the Supreme Court. Douthat writes:

Even if Kavanaugh is innocent of the charge of a teenage sexual assault… to give such prominence and power to a man credibly accused would both leave an unnecessary taint on his future rulings (especially given his appointment by our Playboy president) and alienate social conservatives from the persuadable Americans, women especially, whose support any pro-life program ultimately requires.

Douthat goes on to argue that the uncorroborated allegations and the politics are so weighty, that “he may be innocent but his nomination will deserve to fail.”

I have to say that this is the worst argument I believe I have ever read from Douthat, and it is disappointing. How can it not matter whether Kavanaugh is guilty or innocent? It seems to me that his guilt or innocence is the most important question to be answered in assessing his nomination. And yet, Douthat says that even if he is innocent, Kavanaugh’s nomination might very well deserve to fail. It’s an incredible claim.

This morning Albert Mohler responded to Douthat’s claim, and I think Mohler is spot-on. Mohler argues,

If indeed Brett Kavanaugh is now tainted by an allegation and even if it’s conceded the allegation might not be true, but because he is tainted he should not serve on the court, we just need to note that anyone nominated to the court… can simply be immediately destroyed by a similar kind of allegation. Once we as a society begin to accept that it really doesn’t matter and it’s beyond our consideration if an allegation is truthful, then we are just going to destroy one another with claim and counter claim in which the only issue is the effect of the claim not the truth of the claim.

I am not an investigator for the FBI or for the Senate Judiciary Committee. So I have no special insight into the merits of the allegations. Like everyone else, I will watch and see where the evidence points. If the evidence shows that Kavanaugh is guilty, then that indeed would be discrediting. But if the evidence does not demonstrate that he is guilty, it would be a great injustice to pretend that it does.

This is one of the darkest, most cynical moments I have ever witnessed in our politics. And it is only made worse by those who would argue that guilt or innocence is irrelevant in our moral and political judgments. Perhaps they are irrelevant to some people, but that is no excuse for the good guys to surrender to such cynicism. We can do better than that. We must do better than that.