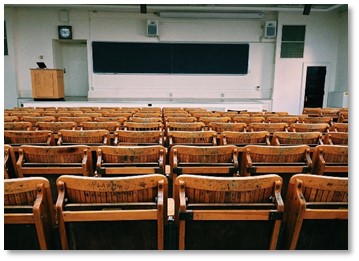 Over the weekend, I read the news about Azusa Pacific University—an “evangelical” school in California that is removing its ban on homosexual relationships among students. The campus newspaper reports:

Effective this fall 2018 semester, Azusa Pacific removed language from its student standard of conduct agreement that prohibited public LGBTQ+ relationships for students on campus. As an evangelical institution, APU still adheres to the Biblical principles of human sexuality—the belief that “sexual union is intended by God to take place only within the marriage covenant between a man and a woman” and it remains a cornerstone of the university’s foundation.

The paper claims that the ban on homosexual relationships has been removed even as the school still maintains “biblical principles of human sexuality.” If that seems confusing, that’s because it is. An APU alumnus attempts to explain the change:

“We thought it was unfair to single out queer folks in same-sex romantic relationships while it is impossible to enforce or monitor [whether other students are remaining abstinent],” Green said. “Queer students are just as able to have romanticized relationships that abide by APU’s rules. The code used falsely assumed that same-sex romances always involved sexual behavior. This stigmatization causes harm to our community, especially those serious about their Christian faith.”

The students spoke, and the administrative board listened. Associate Dean of Students Bill Fiala, Ph.D., said that as the board evaluated their code of conduct, they wanted to be attentive to equity.

“The changes that occured[sic] to the handbooks around sexual behavior creates one standard for all undergraduate students, as opposed to differential standards for different groups,” Fiala said. “The change that happened with the code of conduct is still in alignment with our identity as a Christian institution. The language changed, but the spirit didn’t. Our spirit is still a conservative, evangelical perspective on human sexuality.”

Notice how the school is now parsing things up. The school’s standards of conduct now simply ban “sexual intimacy outside the context of marriage,” where marriage is defined as the union of one man and one woman (10.1 Inappropriate Sexual Behavior). As long as students avoid “sexual intimacy” outside marriage, they are free to pursue whatever romantic relationships they please—gay, straight, or otherwise. In other words, homosexual romance is permitted so long as no “sexual intimacy” is involved.

Despite the school’s claim otherwise, there are major problems with this policy, and it’s stunning that the administration doesn’t see them. First, the school reduces sexual sin to “sexual intimacy” outside marriage without defining what “sexual intimacy” consists of. Obviously intercourse would be prohibited, but what about kissing? Holding hands? What exactly is being prohibited here for those in homosexual relationships?

And that raises a second problem. In an attempt at “equity,” the statement fails to reflect biblical distinctions between homosexual relationships and heterosexual ones. It seems that the statement is open to couples expressing public displays of affection—holding hands, hugging, etc. On its own terms, it would also allow gay couples to hold hands, hug, etc. along with a range of other public and private displays of affection. Anyone who thinks this is a Christian approach to relationships doesn’t understand Christianity.

Which brings us to problem number three. The Lord Jesus himself teaches us that it is not merely immoral sexual behavior that is sinful but also immoral sexual desires:

Jesus says that it is sin to look at a married woman in order to desire her sexually. And there is literally hell to pay if immoral desires are not kept in check. Sexual holiness, therefore, is not merely a matter of deeds committed but of desires felt. Yet Azusa is saying that it is okay for romantic homosexual relationships to happen on campus so long as there is no sex. Do they not see how this contradicts what Jesus teaches us about sexual holiness as a matter of the heart?

One more item is problematic. The school’s standards of conduct prohibit students from cohabitating with the opposite sex (9.0 Cohabitation). Yet students of the same-sex are still permitted to cohabitate—presumably including those that are in homosexual romantic relationships. Does Azusa believe that it is good for same-sex attracted students to be cohabitating while experiencing sexual desires for one another? What an unwise and confusing and destructive message the school is sending.

The problems in this new policy are legion, but on the whole this cannot be squared with a faithful Christian sexual morality. In the name of “equity” it abandons historic Christian teaching about homosexuality. It’s a capitulation to error that is neither faithful to Christ nor good for students. This policy contradicts Azusa’s claim to be a Christian institution. I hope and pray that they see this, and soon.