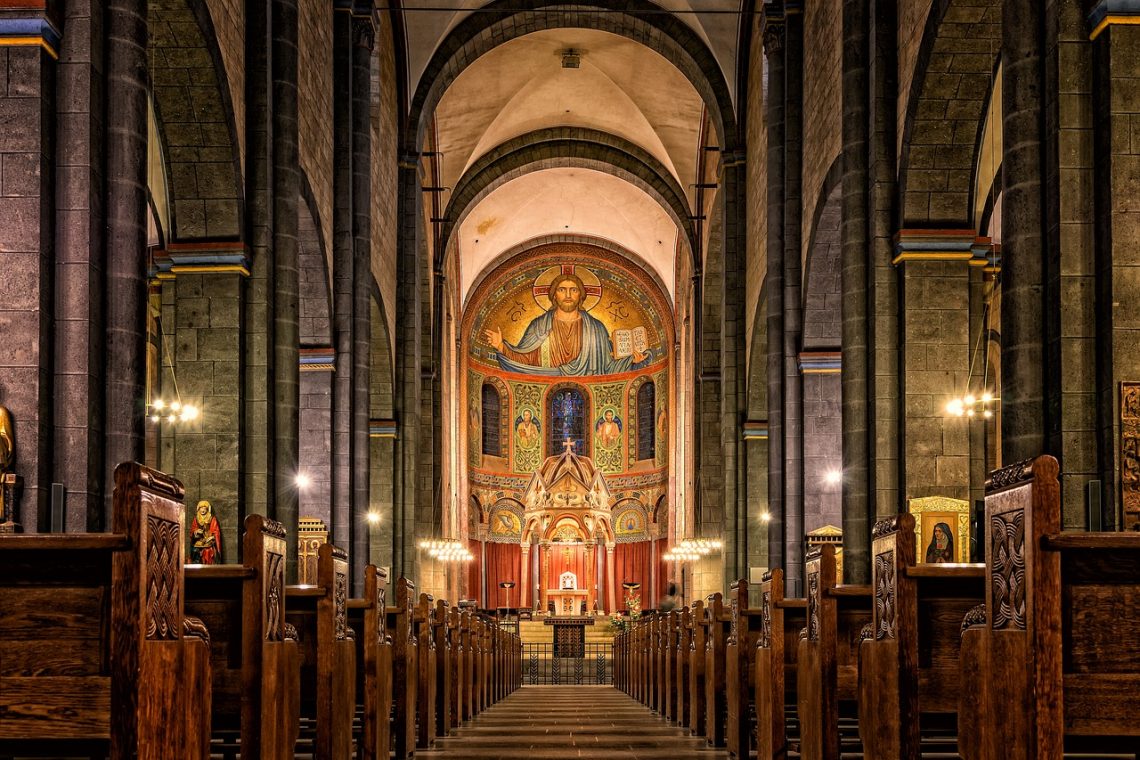 Several years ago, I was guest-preaching in a church in another state. After I was done I had an interesting confrontation.

I preached from 2 Corinthians 1 where Paul talks about his sufferings as an apostle and about how he constantly faced death because of the gospel. On numerous occasions during his ministry, Paul believed that he would surely die. Paul says that when the clouds began to gather and he felt he was about to perish, the thing that got him through was knowing that even if he died, God would raise him up.

2 Corinthians 1:9 “We had the sentence of death within ourselves in order that we should not trust in ourselves, but in God who raises the dead.”

The whole passage is about the hope of the resurrection. I exhorted this congregation that they should make this their hope when they face suffering. They should trust in the God who raises the dead.

After the service was over and when I was greeting people, a gentleman who looked to be in his 40’s or 50’s came up to me and said, “You know that was really good except the part about our bodies being resurrected.” And I’m thinking, “Well, that was kind of the point of the whole message.” But he went on to explain that he didn’t agree with my contention that we would have physical bodies in the age to come. He believed that we lose our bodies forever when we die and live as bodiless spirits in heaven for eternity.

I’m okay with people asking me questions after a sermon. I’m even okay with them disagreeing with me on certain interpretations of scripture. That kind of thing is going to happen from time to time. But this was something completely different because the gentleman’s disagreement was based on rank error. In fact, what he confidently corrected me with was a heresy. It goes directly against what the Christian church has always confessed and indeed what my own church confesses together every week in the Nicene Creed:

We believe… In one holy, catholic, and apostolic church:
we confess one baptism for the forgiveness of sins;
we expect the resurrection of the dead
and the life of the age to come. Amen.

We are confessing these things together every week before communion not because we are trying to fill time, but because we wish to catechize ourselves in what we believe to be the absolute non-negotiables of our faith.

If our bodily resurrection is an absolute, non-negotiable of the faith, how is it that so many professing Christians seems to be unaware of it?

Even though this gentleman was advancing a grave error, I still couldn’t be angry with him for it. You know why? Because there was a time in my own life when I greatly misunderstood the Bible and its teaching about the resurrection. In my own life as a Christian, I was confused in earlier days about what happens to us after we die.

Over the years, I have discovered that I am not the only Christian who has experienced confusion about what happens to us after we die. How have so many Christians gotten the Bible’s teaching about the resurrection so wrong?

For me, it was a combination of things. I probably had absorbed some of the Gnostic currents that still pervade our culture. After all, I had even heard from wise master Yoda in Episode 5 that “Luminous beings are we, not this crude matter.” As Yoda speaks these words, he’s pointing to Luke’s physical body, indicating that the real you is not your body but your inner spirit. You cannot underestimate how much this idea pervades people’s thinking—the idea that says “my body is not the real me. The real me is my spirit.” So I’m sure I picked up some of that from the ambient culture.

That perspective skewed my reading of scripture. When I read Paul saying things like “Flesh and blood cannot inherit the kingdom of God”, I took it to mean that our physical bodies weren’t a part of eternity. Our souls were saved, but not our bodies. I had just completely misunderstood what the Bible is saying. There are many people that have a similar misunderstanding. They are certain that there is life after death, but that life apparently doesn’t include the body because the body is in the grave while the person’s soul goes to heaven forever.

This common misunderstanding is part of the reason why we say the Nicene Creed in our church every week—because the Creed grounds us in what the Scriptures actually teach—that we believe in our coming bodily resurrection from the dead. If we miss this, we miss not only an essential of the faith, we also miss an essential for our endurance during grief and suffering.

You cannot deal with suffering in the present if you are not trusting God for what he will do for you after you die. If you fail to believe in the bodily resurrection, then you will cling to this world as if it’s all you have. That is why Jesus told us that whoever wishes to save his life will lose it but whoever loses his life for “my sake” will find it.

No one who believes that their best life is now will take up their cross and follow Jesus. They will pursue their own interests because this is all they have. If there is no crown in the future, they will embrace no cross now. And Jesus told us that you can’t be his disciple if you fail to take up a cross. So we are talking about essential things here.

Do you know what happens to you after you die? Do you believe in the resurrection of the dead?

My last two Sunday messages to my church have been an attempt to answer those questions. I have been preaching through 2 Corinthians, and in 4:16-5:10, Paul offers some of the richest material in the New Testament on the resurrection. Both messages are linked above.

Hallelujah, he is risen! And so also will we be.