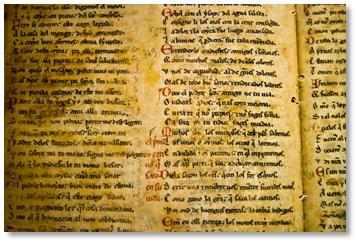 When Dr. Charles Ryrie passed away earlier this year, I mentioned that he had owned a vast collection of rare Bibles, including an assortment of ancient Greek manuscripts. Dr. Ryrie had invested significant resources in amassing his private collection. For example, one of the Bibles that I once saw in person was a first edition King James Bible published in 1611. This particular edition is one of only nine copies in the world. Dr. Ryrie purchased this Bible at an auction where he outbid the University of Texas Library to obtain it. Like I said, significant resources.

Dan Wallace has just written that Ryrie’s collection was sold at auction this week by Sotheby’s. Wallace attended the auction hoping to obtain something from the collection. But there were deep pockets in the room who outbid him, and he came away empty handed. In any case, Wallace’s account of the auction is fascinating, and you can read it here. My unconfirmed hunch is that a lot of these items will end up on display at the forthcoming Museum of the Bible.

Sotheby’s has the entire collection posted on their website and what each piece ended up selling for. Some of the items sold in the tens of thousands of dollars, others in the hundreds of thousands, and at least one sold for over a million dollars. Ryrie’s Wycliffe New Testament sold for $1.7 million dollars. There were 195 items up for auction, and together they sold for $7,341,818. It’s incredible that such a valuable collection was owned by an evangelical theologian.

It’s an impressive library, and you can see the collection with hi-def images here.