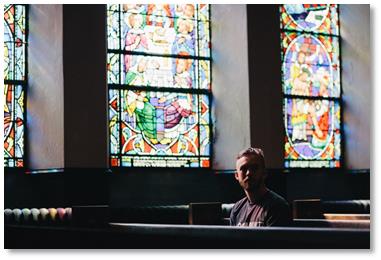 I’m a big fan of New York Times columnist Ross Douthat, and I am really grateful for his voice at the old “gray lady.” So it is unusual that I would take issue with one of his columns. But over the weekend I read his column “Save the Mainline,” and I thought this one might be worth a little push-back.

I should stipulate, however, that I agree with much of his analysis about the decline of mainline churches and about the ideological rootlessness of modern liberalism. Without some unifying principle, liberalism really has descended into a kind of “illiberal cult of victimologies that burns heretics with vigor.” Douthat is right that “The wider experience of American politics suggests that as liberalism de-churches it struggles to find a nontransactional organizing principle, a persuasive language of the common good.”

So we are agreed on the decline of mainline churches and the ideological listlessness of liberalism. I disagree, however, that a return to the mainlines would be a good thing. Here are three reasons why I think it would be a bad thing.

(1) Liberal “Christianity” does not have the theological ballast to right the ship of political liberalism. Or to put it another way, it is not at all clear that mainline liberal churches are any less prone to becoming an “illiberal cult of victimologies” than their secular counterparts. Can you think of any recent mainline examples of intolerance? I can. I don’t think this spirit will offer anything to counteract the intolerance emerging on college campuses across this country. In many ways, the mainlines have already capitulated to the very errors that Douthat thinks they are prepared to correct. If history is any guide, secular liberals are more likely to influence mainline churches than mainline churches are to influence secular liberals.

(2) Mainline churches tend to be theologically liberal, and theological liberalism is not Christianity. Theological liberalism in 2017 looks a lot different than it did in 1923 when J. Gresham Machen’s Christianity and Liberalism was published. But what Machen said of theological liberalism then is no less true of theological liberalism now. It is a different religion that is completely incompatible with the faith once for delivered to the saints (Jude 3). In that sense, it is a kind of apostasy—which is an old timey word for “falling away” from Christianity. Mainline congregations tend to deny the authority of scripture, supernatural elements of the biblical storyline, and the sexual norms of scripture. Some of them even deny the incarnation and the bodily resurrection of Christ. These are not theological sidebars. They are at the essence of the faith. Any congregation that denies them is at best Christian in name only. I am grateful for individual congregations within mainline denominations that are holding the line on these issues. May their tribe increase. But they seem to be the exception rather than the norm, and an influx of unbelieving secular liberals is not going to help them in the struggle they are engaged in.

(3) Christianity teaches that apostate religion is bad for people, and as a Christian I cannot recommend something I know to be harmful to people. Moreover, I cannot recommend something that scripture explicitly tells me to warn people against. I just finished preaching a series on the pastoral epistles at my church. One of the key themes that Paul hammers home time and again is how dangerous false teaching is. It doesn’t lead to “good deeds”; it leads to judgement. Here is a sample of the kinds of things Paul says about false teachers and those who listen to them:

“They profess to know God, but by their deeds they deny Him, being detestable and disobedient, and worthless for any good deed” (Titus 1:16).

“…keeping faith and a good conscience, which some have rejected and suffered shipwreck in regard to their faith. Among these are Hymenaeus and Alexander, whom I have delivered over to Satan, so that they may be taught not to blaspheme” (1 Tim. 1:19-20).

“If anyone advocates a different doctrine, and does not agree with sound words, those of our Lord Jesus Christ, and with the doctrine conforming to godliness, he is conceited and understands nothing; but he has a morbid interest in controversial questions and disputes about words, out of which arise envy, strife, abusive language, evil suspicions…” (1 Tim. 6:3-4).

“O Timothy, guard what has been entrusted to you, avoiding worldly and empty chatter and the opposing arguments of what is falsely called “knowledge “– which some have professed and thus gone astray from the faith” (1 Tim. 6:20-21).

“But evil men and impostors will proceed from bad to worse, deceiving and being deceived” (2 Tim. 3:13).

As a Christian, I can’t see any reason for commending churches that are Christian in name only. Such churches lead people away from Jesus and not to him. How could we possibly commend them to anyone?

I would love for mainline churches to be “saved.” But that salvation will not come from an influx of secular liberals. Moreover, “salvation” should not be cast in terms of institutional viability but in terms of faithfulness to Christ and his gospel. In the latter sense, the only way for the mainline to be saved is for congregations and leaders to repent of essential departures from the Christian faith. Anything short of that would be window-dressing at best.