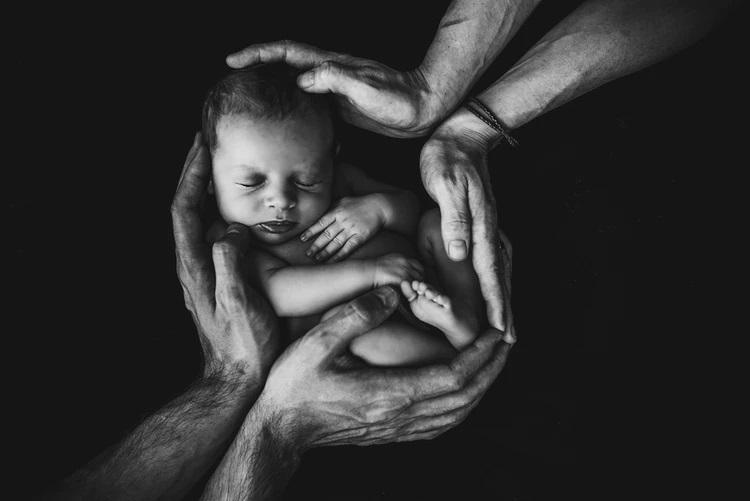 The left is apoplectic about the shutdown of death-dealing abortion mills in Texas. Nothing is more catastrophic to them than that babies would no longer be subject to legal execution. And there is hardly anything they won’t say or do to get the abortionists back to the important business of killing the unborn.

For that reason, you can expect to hear some crazy, wild claims in days ahead. You are going to hear downright asinine allegations about pro-lifers and their “sinister” motivations. Here is a case in point. Jeff Greenfield claims in Politico that evangelical opposition to abortion was merely a pretext for racial discrimination:

It turns out that abortion was not really an instant trigger for conservative evangelical political engagement… The evangelical community was by and large supportive of abortion rights for years after Roe v. Wade was decided. It was only when powerful figures on the right saw abortion as a way to build support for their real agenda — private segregated schools — that Jerry Falwell embraced the cause.

So yes, you read that right. Evangelical opposition to abortion was never really about the sanctity of human life. It was about keeping black children out of white schools. I can hardly imagine a more cynical, dismissive allegation about evangelical pro-lifers. But there it is. It just goes to show that when the left can’t engage the substance of the arguments against abortion, they go straight for the specious ad hominem trope: “Hey, can you believe those pro-life rubes over there? They are just a bunch of racists. I’m so glad I’m pro-choice and not racist like them.”

If that seems absurd to you, that’s because it is. Nevertheless, that is the stock-in-trade of pro-choice polemics. Avoid the substance of the issue—the humanity of the unborn—and make unfounded and illogical attacks on the character of pro-lifers. Nevermind the fact that in New York “thousands more black babies are aborted than born alive each year, and the abortion rate among black mothers is more than three times higher than it is for white mothers” (source). Generations of black children have been exterminated in New York, but no biggie. It’s actually pro-lifers who are racist.

And if you think this kind of radical pro-abortion cynicism is a one-off, just watch. It won’t be. The baseless attacks against pro-lifers will continue apace without being fact-checked. The left’s willing accomplices in the media will be sure of that. Death is their creed, and abortion is their sacrament. And they will pull out all the stops in defense of their morbid religion. Why is this?

Abortion is absolutely central to the dogma of sexual revolutionaries. Free and frequent sex is the order of the day, and no one should let the possibility of a child stand in the way. We have birth control technologies to take care of that “problem,” and if birth control fails, then abortion is the failsafe. If men don’t have to carry a baby to term as a consequence of their fertility, then why should women? How can there be equality of the sexes in the workplace and elsewhere if only the women have to carry this burden? Thus, there can be no sexual freedom or feminist equality unless women are emancipated from the consequences of their own fertility. Without the pill and abortion, the revolution would fall on its face. And we can’t have that, can we?

It’s at this point that the pro-choicers howl, “But what about case of rape and incest? Don’t you think that abortion should be allowed in those cases?” But don’t fall for this. They aren’t really concerned about these rare cases. How do we know? Because they support abortion not only in those cases but also in any and every other case. They believe that abortion should be legal and available for any reason whatsoever throughout all nine months of pregnancy. For them, a woman’s right not to be pregnant is more important than a child’s right not to be killed. It is an evil, wicked calculation that everyone has forgotten to be outraged about because it is so commonplace. But the ubiquity of this thinking doesn’t make it any less corrupt. It simply testifies to how deep the moral rot goes in our culture.

Since 1973, Roe v. Wade has presided over the legal killing of over 60 million human beings. That is the holocaust times ten. The numbers are just staggering. That is why there is no question that abortion-on-demand is the greatest human rights crisis of our time. It is legal in the U.S. to kill people in the womb at any time from zero to nine months gestation. That is what Roe and its companion decision Doe have given us. Pro-abortionists see this holocaust slipping away from them, and there are some who will employ the lowest, meanest, vilest of tactics to make sure the killing never stops. Accusing pro-lifers of being motivated by racism is just one example of this.

Here’s the bottom line. Now is not the time for pro-lifers to shrink back. We must continue to pull back the curtain and let ordinary citizens see what is happening.

“For everyone who does evil hates the light, and does not come to the light, lest his deeds should be exposed.” –John 3:20

Pro-abortionists want to distract everyone from the central issue. They want to keep everyone in the dark about what the abortionists are doing in their death chambers. They aren’t merely removing a clump of impersonal cells during an abortion. They are killing living human beings. They want to hide this central truth, but we must not let them do that. No matter how much darkness they try to cast over the moral imagination of our culture, we have to shine the light into the darkness. There is too much at stake to do anything less. And we are so close that we dare not stop now.