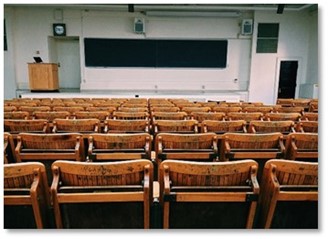 Azusa Pacific University again has lifted a ban on LGBTQ relationships on campus.

The university Board of Trustees directed administrators to update the student handbook for undergraduate students, campus spokeswoman Rachel White confirmed. The changes specifically removed language that barred LGBTQ relationships as part of a standing ban on pre-marital sex.

The update, enacted Thursday, demonstrates Azusa Pacific’s commitment to “uniform standards of behavior for all students, applied equally and in a nondiscriminatory fashion,” according to university Provost Mark Stanton.

“APU is an open-enrollment institution, which does not require students to be Christian to attend, and the handbook conveys our commitment to treating everyone with Christ-like care and civility,” Stanton said in a statement. “Our values are unchanged and the APU community remains unequivocally biblical in our Christian evangelical identity.”

Why is the university claiming that its biblical values haven’t changed even as they announce the removal of the ban on homosexual relationships? This is a little bit confusing, but hang with me here as I try to sort out what this change means.

Notice how the school is now parsing things up. The school’s standards of conduct now simply ban “sexual intimacy outside the context of marriage,” where marriage is defined as the union of one man and one woman (10.1 Inappropriate Sexual Behavior). As long as students avoid “sexual intimacy” outside marriage, they are now free to pursue whatever romantic relationships they please—gay, straight, or otherwise. In other words, homosexual romance seems to be permitted so long as no “sexual intimacy” is involved.

Why would the school remove (for the second time!) the ban on homosexual relationships? Provost Mark Stanton says that the change shows that APU is committed to “uniform standards of behavior for all students, applied equally and in a nondiscriminatory fashion” (emphasis mine). Notice the Provost’s concern about discrimination. APU had been under fire from student groups on this very point. These groups not only claimed to identify discriminatory inconsistencies in APU’s student handbook, but they also claimed that these policies put the school out of step with accreditors and licensing agencies.

What was the discriminatory inconsistency? While the handbook banned “homosexual relationships,” it also banned creating a “hostile environment” for any student on the basis of their “sexual orientation” or “gender identity” (“Harassment“). The activists argued that it was inconsistent for APU to allow celibate heterosexual romance while banning celibate homosexual romance. Such a ban resulted in a “hostile environment” for homosexually oriented students, which is a violation of APU’s own community standards, which make “sexual orientation” and “gender identity” into protected classes.

Last Fall, APU’s student government passed a resolution demanding clarification on this point. Among other things, the resolution says:

Students are currently being held at a double standard where romanticized heterosexual relationships are permitted on campus, but a student who is in a romanticized same-sex relationship can be punished; and,

As an outsider, I hate to say it, but APU made a huge mistake by making sexual orientation and gender identity into protected classes on campus. Because they did that, they made it impossible to ban celibate homosexual relationships while allowing heterosexual ones.

Despite the school’s claim otherwise, there are major problems with this policy, and APU may be stuck with those problems as long as their handbook recognizes sexual orientation and gender identity as protected classes on campus. To begin with, the Lord Jesus himself teaches us that it is not merely immoral sexual behavior that is sinful but also immoral sexual desires:

Jesus says that it is sin to look at a married woman in order to desire her sexually. There is literally hell to pay if immoral desires are not kept in check. Sexual holiness, therefore, is not merely a matter of deeds committed but of desires felt. Yet Azusa’s new policy seems to be saying that it is okay for romantic homosexual relationships to happen on campus so long as there is no sex. Do they not see how this contradicts what Jesus teaches us about sexual holiness as a matter of the heart?

One more item is problematic. The school’s standards of conduct prohibit students from cohabitating with the opposite sex (9.0 Cohabitation). Yet students of the same-sex are still permitted to cohabitate—presumably including those students who are in homosexual romantic relationships. Does Azusa believe that it is good for same-sex attracted students to be cohabitating while experiencing sexual desires for one another?

The LGBTQ+ activists who agitated for this change are claiming this as a victory:

Who’s win is this? LGBTQ+ Students. Their Spirit-led organizing drives & inspires us.

They celebrate but not for good reason. This new policy may put APU at peace with protesters, accreditors, and licensing agencies, but it puts the school at odds with faithful biblical Christianity. And that is the main problem. Perhaps it is too much to hope that APU will recognize their error and correct it. I will hope and pray nonetheless that they will.

God Is the Sovereign Designer of Sex