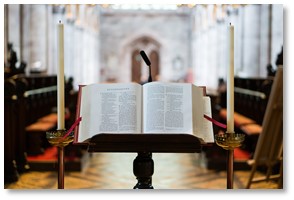 Last night Desiring God posted a new episode of the “Ask Pastor John” podcast in which John Piper answers the following question from a listener:

“Dear Pastor John, I’m a seminary student at an orthodox but interdenominational school in the United States. I share your complementarian understanding of God’s design for male and female roles and relationships in the home and church. On that basis, I have recently doubted whether or not my seminary ought to allow women to teach pastors in training. What do you think? Should women be hired as seminary professors? What is your best case?”

I think Piper has made a compelling case here—one that is consistent with a complementarian view of gender roles and one that I have long agreed with. Moreover, it’s a position that is not new. It is precisely the case that many other complementarians have made over the years.

For example, my own denomination (the Southern Baptist Convention) was facing this very issue back in 2007. As a result, the Southern Baptist Texan1 interviewed presidents of SBC seminaries asking them to describe their seminary’s practice regarding female professors. They all answered basically in the same way. There are some areas in which they would not hire women to teach.

“We have identified certain positions that closely parallel the office of the pastor, the elder, the overseer, that we would only look to call and hire men for those particular areas. Those areas include preaching, pastoral ministries, theology, and biblical studies. I could not imagine that we would hire a woman to sit in one of those professorial positions as an instructor over men.”

“We believed it was right in accordance with biblical teaching that the faculty members who would model the pastorate in the teaching of disciplines specifically for pastors would be qualified by Scripture to be pastors. This was not just an abstract theory. This also was what was advised to us in terms of the necessity of specifying which teaching positions must in all cases be qualified in this manner. So we defined all teaching positions in the school of theology as of necessity to be pastor-qualified.”

There were others who answered similarly, but you get the gist. All of these answers presume not only a certain job description for the theology professor but also a certain purpose for the theological seminary. The seminary exists to serve churches, and for that reason their primary mission is (or at least should be) the training of pastors for churches. In the core pastoral disciplines (preaching, pastoral ministries, theology, and biblical studies), the best approach is to employ professors who qualify for the pastoral office.

If seminaries really wish to serve actual churches in this way, then they must not adopt a teaching ministry that undermines the ecclesiastical norms of the churches they serve. The contrary view—which is based on the observation that the seminary is not the church—misunderstands what the purpose of the seminary is.

“The issue here at the seminary level is largely the nature of the seminary teaching office. What do we aim for it to be? Is it conceived as an example and model and embodiment of pastoral vision, or not? That will lead us in how we staff our seminary faculty.”

Sadly, many theological educators and seminaries have lost sight of the primary mission of training pastors for churches, but John Piper has not. Piper’s vision of the purpose of a seminary is the correct one, and that is why his answer to the question posed above is correct as well.

Photo by Stephen Radford on Unsplash