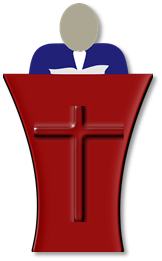 Evangelicals seem to be more divided than ever about the issue of gender roles in the home and in the church. On the one side, you have the egalitarians. They believe that Christ came to abolish gender norms. For them, true equality means that both men and women can serve in whatever roles they feel called to within the body of Christ. If a woman wants to be pastor, great. If she wants to preach the Bible to men, no problem. As long as the person is gifted for the work, then it doesn’t matter what the gender of the preacher is. At least that’s how the egalitarians have it.

On the other side, however, you have the complementarians. They believe that while men and women are equally created in the image of God, God nevertheless calls them to different roles within the home and within the church. In the home, God calls men to lead their families, and in the church God calls qualified men to teach and to serve as pastor/elder.

As you can imagine, the egalitarian view fits very well with the spirit of the age while the complementarian view does not. But the bottom line for us is not whose view is the most popular. The bottom line for us is, “What does the Bible say? Whose reading of scripture is correct? How then are we to order our lives together in churches as we meet together for worship?”

Those are exactly the questions Paul answers in 1 Timothy 2:8-15. In this passage, Paul describes to Timothy how men and women are to conduct themselves within the gathered assembly. This is—after all—the main reason that Paul writes the letter. To communicate to Timothy how people are supposed to conduct themselves “in the household of God, which is the church of the living God” (1 Tim. 3:15).

In this text, he’s particularly concerned with how men and women behave when they gather together for public worship. Paul makes the case that the church’s public worship should be led by holy men (2:8), inhabited by modest women (2:9-10), and ordered by biblical gender norms (2:11-15).

Without question, verse 12 is one of the most controversial texts in all of the New Testament. It’s certainly the most contested verse between egalitarians and complementarians. It’s controversial mainly because there’s such a difference of opinion over what it is that Paul is prohibiting.

12 But I do not allow a woman to teach or exercise authority over a man, but to remain quiet.

One interpretation of this verse says that Paul is prohibiting one thing: a certain kind of teaching. Those who hold this view render this verse along the following lines: “I don’t allow a woman to teach with authority” or “I don’t allow a woman to teach with an intent to dominate.” As long as women don’t teach with authority—or assume an authority not rightfully delegated to them—then they’re okay to teach. Or perhaps as long as they don’t try to dominate, they can teach the gathered assembly of God’s people (on the meaning of “exercise authority,” see my chapter here). On this view, Paul doesn’t rule out women teaching men per se. He only prohibits a certain kind of teaching.

But this view makes little sense of the actual wording of the text. Paul is prohibiting two things, not one thing. He’s saying that women should not teach or exercise authority. He’s not talking about all teaching—as if a woman can’t teach geometry or reading or arithmetic to anyone. The word for teach in this context specifically refers to teaching Christian doctrine (cf. 1 Tim. 4:11, 6:2; 2 Tim 2:2). In other words, it applies to those who would teach and preach the Bible.

Paul does not deny that women can be gifted Bible teachers. There are many women who are very gifted Bible teachers. Paul is simply saying that the exercise of their teaching gifts must be within certain bounds. Women aren’t allowed to teach men in the gathered assembly. Nor are they allowed to “exercise authority,” which means that women are not to be pastors. As the following chapter makes clear, the pastorate is reserved only for qualified men (1 Tim. 3:1-7). Not all men, but only those who meet certain qualifications and who are recognized as elders by the rest of the church.

So this text prohibits both teaching and exercising authority. Why? What is the reason for this? There are some people who think that women are prohibited because they aren’t quite up to snuff intellectually. One pastor, for instance, says it this way:

Without blushing, Paul is simply stating that when it comes to leading in the church, women are unfit because they are more gullible and easier to deceive than men. While many irate women have disagreed with his assessment through the years, it does appear from this that such women who fail to trust his instruction and follow his teaching are much like their mother Eve and are well-intended but ill-informed. . . 1

This is a woefully inadequate reading of this text for a couple of reasons. First, women are called on to teach other women in Titus 2:3-4. If they are incompetent to teach, then they shouldn’t be teaching anyone—much less those who are deemed (on this view) to be the most gullible in the church! But that’s not the case. Paul tells Titus that older women are to teach younger women, so Paul is hardly prohibiting women from all teaching.

Second, the text does not say that women are prohibited because they are more gullible. The reason for the prohibition is in verse 13:

13 For it was Adam who was first created, and then Eve.

Paul grounds his prohibition in the order of creation. The role of leader in the first marriage was Adam’s. His leadership was established in part on the basis that God created him first (a principle of primogeniture). The order of creation establishes male headship (cf. 1 Cor. 11:3; Eph. 5:23), and a woman teaching and exercising authority overturns this order.

For my full exposition of this text, you can download here or listen below.

The Innermost Meaning of the Cross