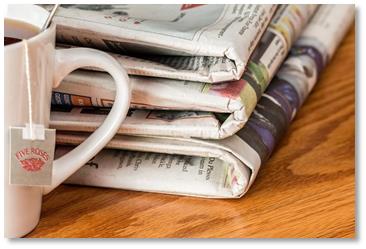 Albert Mohler has a really thoughtful commentary on “fake news” today. He is in large part responding to Sarah Pulliam Bailey’s piece at The Washington Post on the same subject. Bailey is lamenting the fact that too many evangelicals have too much credulity toward “fake news” and too much incredulity toward real news delivered according to real standards of journalism.

Mohler is sympathetic with Pulliam Bailey on this point. He agrees that there really is a qualitative difference between mainstream outlets and other “news” sources that have no editorial accountability. But Mohler also raises the very real problem that mainstream outlets have with detecting their own ideological bias, which sometimes distorts their reporting and which has led many conservative Americans to believe that “fake news” is the stock-in-trade of mainstream outlets.

I think Mohler is making a point here that newsrooms need to come to terms with. Liberal bias in mainstream outlets is real. And when it becomes the vehicle for the bullying false narratives of the far left, it has real life consequences for real people. It also has the effect of driving the bullied away from those outlets.

A case in point: the Christian owners of Memories Pizza in Walkerton, Indiana. Remember them? The left does, and even to this day mainstream outlets report on this little restaurant as evidence of how religious Americans practice invidious discrimination against gay people. Is that accusation true? No. It never was, but a lot of people believe that it is. And mainstream outlets are largely responsible for creating and disseminating such false narratives. And yet somehow editors of mainstream outlets don’t view such misinformation as “fake news.” But as Rod Dreher observes, many Americans have viewed the situation quite differently.

How have conservatives and Christians perceived such false narratives? As an existential threat to their institutions and way of life. And mainstream outlets have been ignoring this, and it is why they do not understand the rise and the appeal of Donald Trump to so many. Many religious Americans view him as someone willing to take on what they perceive to be a conspiracy against them.

In short, many religious Christians of a traditionalist bent believed that liberals not only reduce their deeply held beliefs to bigotry, but want to run them out of their jobs, close down their stores and undermine their institutions. When I first posted about this on Facebook, I wrote that I hope liberals really enjoyed running Brendan Eich out of his job and closing down the Sweet Cakes bakery, because it cost them the Supreme Court. I’ll add now that I hope Verrilli enjoyed putting the fear of government into the God-fearing because it cost his party the election.

The only reason that these progressive witch-hunts worked is because mainstream reporting reflected the liberal narrative—that Christians are bigots who deserve to be driven to the social margins. And every scare-quoted reference to “religious liberty” reminds conservatives of the apparent collusion between bullying progressives and mainstream outlets.

Americans were not introduced to the real stories of Barronelle Stutzman, Kelvin Cochran, Aaron and Melissa Klein, Elaine Huguenin, and many others like them. If you don’t recognize those names, you should. They should have been household names by now because of what was done to them in the name of “justice.” It is a testament to the dereliction of mainstream outlets that they are not. And it is one more reason why so many people don’t trust those outlets.

I share some of the concerns that the left has about “fake news.” I really do. But the left needs to remember that those who live in glass houses ought to be careful about throwing rocks. In many ways they helped create the conditions for “fake news” outlets to flourish.

A Discussion about “Gay Christianity” with Becket Cook