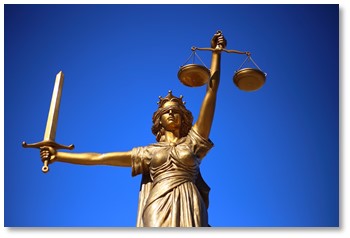 Sohrab Ahmari has written a penetrating op-ed for The New York Times titled, “Supporting Roy Moore Is a Devil’s Bargain.” I agree with just about everything in this piece, but I want to highlight one part of it that evangelicals would do well to pay attention to.

Ahmari points out that many evangelical voters felt that the binary choice of the 2016 election meant that voting for a morally compromised candidate was necessary in order to preserve the Supreme Court and to advance the social conservative cause. And then Ahmari highlights this defense from evangelical Trump supporters:

Well, respond the Trumpian conservatives, our vote is just the opener. We will call our leaders’ moves as we see them — the good and the bad.

Except they don’t. They might take issue with this or that White House policy. But they rarely if ever call out the president’s moral degradations. And such criticism is the only kind that truly irritates Mr. Trump.

This point needs to be underlined. I understand why some evangelicals felt they had no choice but to support a compromised candidate because of the binary nature of the general election. I disagree with that calculation for reasons that I made well-known throughout 2015-2016. I still disagree with it. Having said that, I understand and am sympathetic with those who felt constrained by the poor alternatives before them. I disagree with the decision, but I get it. I really do.

But the choice to support a candidate that one knows is morally compromised also brings with it an obligation to be morally consistent. You still have to call balls and strikes with your morally compromised candidate. The lesser-of-two-evils approach to voting is not a vindication of the “lesser” evil. The so-called “lesser” evil is after all still evil. And evil doesn’t become good simply because someone else’s evil is perceived to be greater.

And that means that you cannot pretend that a politician’s obvious moral degradations are irrelevant. Nor can you turn a blind eye and pretend that they don’t exist. In short, you have to recognize evil as evil and cannot treat it as something else. “Woe to those who call evil good, and good evil; Who substitute darkness for light and light for darkness; Who substitute bitter for sweet, and sweet for bitter!” (Isaiah 5:20).

Nor does the lesser-of-two-evils approach to voting relieve the Christian of his obligation to speak and bear witness to truth. Why? Because such a Christian now has the burden of proof that his principles are not beholden to earthly partisan interests but to the eternal and unchanging word of God.

The sins of another do not justify your own. Likewise, to call out the sins of the other political party while ignoring those in your own is rank hypocrisy. “You shall not show partiality in judgment; you shall hear the small and the great alike. You shall not fear man, for the judgment is God’s” (Deut. 1:17).

Recommended: “How to Live Under an Unqualified President” by John Piper

The Innermost Meaning of the Cross