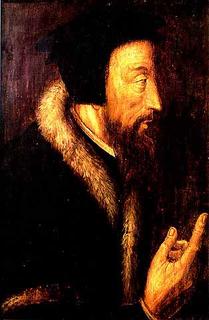 The conversation concerning Calvinism continues among Southern Baptists. At least that is a part of Steve Lemkeâ€™s aim in an April 2005 paper titled â€œThe Future of Southern Baptists as Evangelicalsâ€ (pp. 12-17). Among other things, Lemke makes the controversial suggestion that the Calvinism outlined in the popular acrostic TULIP amounts to hyper-Calvinism (p. 14). He writes, â€œWhile we all know five point Calvinists who are effective evangelists and missionaries, it is a common intuition that those with a theology of hard Calvinism are not apt to be as evangelistic as othersâ€ (p. 16). Lemke is the Provost of New Orleans Baptist Theological Seminary.

Joe Thorn responds to Lemkeâ€™s essay on his blog in a post titled â€œHyper Calvinism Criticism.â€ He basically argues that the Calvinism of the TULIP acrostic â€œis not what has been historically understood as hyper-Calvinism.â€ His is a good summary of the concerns contained in Iain Murrayâ€™s Spurgeon v. Hyper-Calvinism: The Battle for Gospel Preaching. Also, Tom Ascol has posted part one of his response to Lemkeâ€™s paper. Ascol has a substantive piece, but it has a decidedly acerbic tone.

Jim Hamilton has posted some pointers to help Baptists debate this issue more peacefully. His thesis builds upon R. Albert Mohlerâ€™s notion of theological triage, a theme I have addressed in this blog on more than one occasion (here and here). Hamilton contends that the difference between Calvinists and Arminians is not one that should divide Baptist from Baptist. The title of his essay reads as follows: â€œCalvinism and Arminianism: A Debate over First or Third Order Issues?â€ Hamilton is an assistant professor of biblical studies at Southwestern Baptist Theological Seminary.