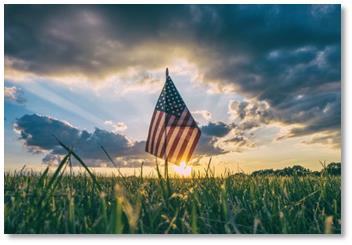 President Trump’s Executive Order putting a halt on immigration from certain countries has been the story of the weekend. In many ways, the reporting and talking-headery have been difficult to sort out. If you want to make a start at understanding what has and hasn’t happened, I recommend reading these four items.

First, read the actual text of the executive order. Second, read Joe Carter’s helpful explainer. Third, read David French’s analysis which argues that the EO is not as bad as some of its worst critics allege. Fourth, read Benjamin Witte’s hard-hitting essay explaining why the EO is “malevolence tempered by incompetence.” From Witte’s trenchant conclusion:

I would wax triumphant about the mitigating effect of incompetence on this document, but alas, I can’t do it. The president’s powers in this area are vast, as I say, and while the incompetence is likely to buy the administration a world of hurt in court and in diplomacy in the short term, this order is still going take more than a few pounds of flesh out of a lot of innocent people.

Moreover, it’s a very dangerous thing to have a White House that can’t with the remotest pretense of competence and governance put together a major policy document on a crucial set of national security issues without inducing an avalanche of litigation and wide diplomatic fallout. If the incompetence mitigates the malevolence in this case, that’ll be a blessing. But given the nature of the federal immigration powers, the mitigation may be small and the blessing short-lived; the implications of having an executive this inept are not small and won’t be short-lived.

I am very sympathetic with Rod Dreher’s take on all of this: “Things are happening so fast that I’m not sure what’s true and what’s false about any of this. Four years of this? Oy.” On the one hand, it looks like French is correct that the EO may not be as bad as its worst critics allege. On the other hand, Witte’s charge of malevolence and incompetence looks compelling as well. Right now, I’m just trying to read and understand. Meanwhile, there are innocent people with real skin in the game who need our prayers and support.

One of the most discouraging aspects about all of this is just how difficult it is to sort out “reporting.” I am skeptical about every single news source I read—conservative, liberal, and everything in between. The bottom line is that I don’t trust any single outlet of reporting. And I’m not the only one who feels that way. How long can the nation go on with this kind of reflexive skepticism about the fourth estate?

President Trump did not earn the benefit of the doubt in his run for the presidency. And neither did the mainstream media. Thus every claim from every side has to be scrutinized with a fine-toothed comb. It’s exhausting, especially when partisans on both sides demand that you endorse their outrage or be guilty of the other side’s ignominy.

Our nation is so divided right now. It feels like we are pulling ourselves apart at the seams. For what it’s worth, I want you readers to know that I don’t want to be a part of that. In a public discourse that is increasingly marked by cynicism and back-biting, I’m hoping and praying for wisdom to prevail.

“For where jealousy and selfish ambition exist, there is disorder and every evil thing. But the wisdom from above is first pure, then peaceable, gentle, reasonable, full of mercy and good fruits, unwavering, without hypocrisy.” –James 3:16-17

Our national discourse sure could use a heavy dose of this kind of wisdom. If Christians participating in this conversation can’t model it, then who will?