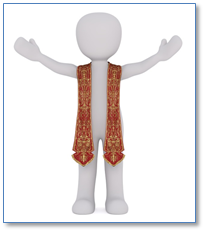 The venting of the proverbial spleen seems to be the order of the day from cable news to social media and sometimes even in interpersonal interactions. We like to hear someone who agrees with our views “tell it like it is,” especially if the telling involves a few zingers against people whose views offend us. We thrive on this kind of outrage because it appeals to our sense of self-righteous indignation. It feels oh so good to be oh so right. And there’s nothing quite as satisfying as dressing down “those people” who don’t agree with us.

This spirit is destructive wherever it is found, but it is especially destructive when it stands behind a pulpit. Even for preachers, it can be tempting to turn the pulpit into a platform for outrage. When that happens, preaching can become more an expression of a carnal pastor’s irritations than a shepherd’s care for the people of God. This is not to say that preachers must avoid confronting sin. It is to say that whenever you have to confront someone, it matters how you say what you say—even if what you are saying is right.

Paul seems to have had this dynamic in mind in exhorting young pastor Timothy about how he was to address the different people in his congregation. In 1 Timothy 5:1-2, Paul says this:

1 Do not rebuke an older man but encourage him as you would a father, younger men as brothers, 2 older women as mothers, younger women as sisters, in all purity.

At first blush, it can be a little confusing to hear Paul forbid Timothy from “rebuking.” Is Paul really saying that pastors must never “rebuke” anyone in the congregation? Doesn’t that contradict what Paul has said elsewhere about the necessity of rebuking false teachers (1 Tim. 1:3; 2 Tim. 2:25; Tit. 1:9)? Doesn’t it contradict what the Bible says generally about the goodness of a faithful rebuke (Prov. 17:10; 27:5; 28:23)?

There really is no contradiction, however, as the problem is mainly one of English translation. The word translated as “rebuke” in the ESV probably isn’t strong enough. Rebukes can be life-giving and helpful, but that is not the kind of “rebuke” in view here. The literal sense of the term is to beat something with your fists. It is a term that in certain contexts suggests physical violence. But the word also has a figurative meaning that refers to verbal violence. The NIV’s “speak harshly” captures what Paul is trying to communicate. It is possible to abuse someone with fists. It is also possible to abuse someone with words. And Paul is saying that the pastor is forbidden from verbally assaulting his congregants. A pastor sins when he lords his authority over the flock by berating them (1 Pet. 5:3; cf. Matt. 20:25; Mark 10:42).

If we were to fill in the ellipses, the sense of Paul’s exhortation would go like this:

In this way, Paul tells Timothy not to obliterate but to conciliate with his words.

The term translated as “encourage” in the ESV usually has the sense of strongly appealing to someone, urging them or exhorting them to do something. Clearly, Paul has in view the manner in which a pastor exhorts his people, and this certainly applies to his teaching and preaching ministry. The term translated as “encourage” also has the added sense of speaking in a conciliatory, friendly manner. Paul wants Timothy to know that even if the pastor must bring a confrontation, he must do it in a way that respects the person he is talking to.

A wise and courageous pastor will always remember the wisdom of Solomon when exhorting his people: “There is one who speaks rashly like the thrusts of a sword, But the tongue of the wise brings healing” (Prov. 12:18). A good pastor is not going to use his words like a sword but like a scalpel. A sword and a scalpel are both made for cutting. But a sword is for killing. A scalpel is for healing. Even in confrontation, a pastor’s aim is not to deliver the coup de grâce but to heal.

Some pastors seem to believe that if they aren’t getting through to their people, that means they need to yell louder. But Paul says that a good pastor must not hammer people with his words. Instead, a good pastor will do his ministry with a sensitivity to the different kinds of people that he ministers to. It matters how a pastor treats people. And a pastor must not treat the congregation in an undifferentiated way. He must treat people in a way that respects their age and station of life. A pastor will minister to all different kinds of people in a given congregation, but Paul tells Timothy to treat every one of them like family. And there are appropriate ways to treat family members.

First, Paul says that the Timothy must not speak harshly to “an older man” but exhort him as he would a father. Paul wants Timothy to know that he should avoid talking down to a man who is older than he is. Even if an older man is wrong and needs correction, Timothy must not draw the sword but the scalpel. He needs to speak with the same respect that he would accord to his own father. If a pastor pulls a sword, he may destroy the older man. Or it is just as likely that the older man may draw his sword as well, and the verbal fisticuffs can cause division and get out of hand very quickly. It is always good to remember that “A gentle answer turns away wrath, But a harsh word stirs up anger” (Prov. 15:1).

Second, Paul says that Timothy must not speak harshly to “younger men” but exhort them as brothers. Addressing younger men is different than addressing older men. Both situations require respect, but it will be expressed in different way. A pastor will not say “Yes, Sir” and “No, Sir” to a younger man, but neither will he talk down to them. He must treat younger men like brothers. A man must not draw the sword on his own flesh and blood, and that is what a younger brother is in the body of Christ. A pastor must respect the younger men in a way that is due their age and station. This calls for honestly, truthfulness, and forbearance.

Third, Paul says that Timothy must not speak harshly to “older women” but exhort them as mothers. A pastor must not treat women who are his senior with careless disregard. He must care for them and speak to them like he would his own mother. The respect required for older men is also called for in relating to older women. But there may be an added dynamic that Paul wishes to accent. A man has a kind of built-in protectiveness when it comes to his own mother. Perhaps Paul is appealing to this sensibility as well and calling pastors to have a sense of protectiveness about the elder women of the congregation.

Paul’s final exhortation relates to the pastor’s treatment of the young women in the congregation. Because Paul adds a requirement of “purity” to this exhortation, we will consider this one in a separate post tomorrow.