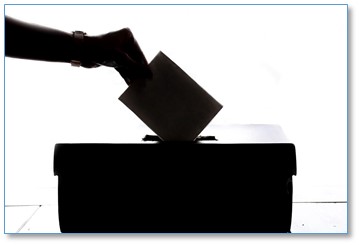 It seems to me that Michael Gerson has almost entirely misread the argument that Andrew Walker makes in a recent National Review column. Gerson writes: “Walker is making the following claim: If you think abortion is a matter of life or death, then you must support whoever opposes it most vigorously, even if he or she is an immoral lout.” Walker actually makes no such claim anywhere in his article. Walker is not offering an argument for voting for Trump. He’s offering a defense of religious pro-life voters who plan to vote for Trump.

Walker defends them because Trump-opponents like Gerson are often treating all Trump voters as if they are unreasonable moral retrogrades for their Trump support. If you don’t believe me, here is Gerson in his own words in another recent column: “Loyalty to Trump is making an older generation of evangelical Christians look like crude hypocrites in the eyes of their own children, who are fleeing the tradition in droves.” This undifferentiated condemnation is what Walker is trying to defend against. And let’s be honest, this condemnation is a regular refrain among progressives and the media.

It is a fact that there are many pro-life Trump voters who are under no illusions about his character or his moral failings. They get it, and they don’t approve. Nevertheless, if they have to choose between a candidate that defends abortion rights through all nine months of pregnancy and a candidate who will oppose them, they aren’t being irrational or immoral to choose the latter over the former. And I say that as one who vigorously opposed Trump’s candidacy in 2016. I understood the reasoning in 2016, even though I didn’t agree with it. I just didn’t believe candidate Trump’s promises to support pro-life policies and judges, and I think I had good reasons to be skeptical at the time.

But I turned out to be wrong about that. President Trump has been better than his word in advancing pro-life policies and judges. I’ve never been more happy to be wrong about something. But it’s as if Gerson can’t acknowledge the real tangible pro-life advances under the current administration. One doesn’t have to approve of everything about the current administration to acknowledge this point. Concerning the 2020 presidential election, Gerson writes:

Really? Does Gerson really think the likes of Gorsuch and Kavanaugh will have such little consequence vis a vis Roe? If he’s right about that, then why did the pro-abortion partisans pull out all the stops to malign Kavanaugh during his nomination process? It’s because everyone knows that the appointment of justices has an enormous impact on whether or not Roe remains the law of the land. It’s stunning that Gerson would downplay the importance of one of the central aims of the pro-life cause—overturning Roe.

Even more stunning is that Gerson offers a rationale for voting for pro-abortion candidates. Gerson writes:

It would be possible for pro-life citizens to vote for a pro-choice candidate under limited circumstances — particularly when the social threat they oppose with their vote is more immediate than the long-term influence of their vote on the number of abortions.

It would be difficult for a pro-life citizen to be an enthusiastic and loyal Democrat, even if my case is correct. But it is possible to imagine circumstances in which voting for a Democrat would be preferable to endorsing immediate harm to the country by a Republican. And we are in exactly such a circumstance.

This is really disappointing to read from Gerson, and it illustrates just how disconnected his argument is from the priorities of many pro-life voters. Ending legal abortion is a morally transcendent issue for so many us. It is, after all, legal to kill innocent human beings through all nine months of a mother’s pregnancy. The regime of Roe has presided over the legal killing of over 60 million human beings since 1973. It is the greatest human rights crisis of our time, and ending that carnage ought to be the priority. But I don’t think Gerson sees it that way. For him, getting rid of the President is the transcendent moral imperative. Is anyone surprised that so many pro-life voters disagree with Gerson’s moral calculus?

I don’t do public endorsements of candidates. And no one should construe this post as an argument for Trump. It’s not. Conscientious pro-lifers will come down on both sides of Trump. It is, however, an argument that it’s time to stop pouring public contempt on pro-lifers who may vote for the incumbent. Walker is absolutely right about that. He’s also right that pulling the lever for candidates who support abortion is not an option for pro-lifers, even if critics like Gerson fail to see that.