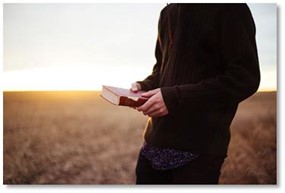 I just finished reading Beth Moore’s “A Letter to My Brothers,” which if you haven’t read, you should. It’s an exhortation to brothers in Christ based on her many decades of experiences as a Bible teacher. In general terms, she narrates some of the indignities that she has endured over the years as a woman among male Christian leaders. The anecdotes are discouraging to say the very least. Moore writes:

I’ve ridden elevators in hotels packed with fellow leaders who were serving at the same event and not been spoken to and, even more awkwardly, in the same vehicles where I was never acknowledged…

About a year ago I had an opportunity to meet a theologian I’d long respected. I’d read virtually every book he’d written. I’d looked so forward to getting to share a meal with him and talk theology. The instant I met him, he looked me up and down, smiled approvingly and said, “You are better looking than _________________________________.” He didn’t leave it blank. He filled it in with the name of another woman Bible teacher.

These examples may seem fairly benign in light of recent scandals of sexual abuse and assault coming to light but the attitudes are growing from the same dangerously malignant root. Many women have experienced horrific abuses within the power structures of our Christian world. Being any part of shaping misogynistic attitudes, whether or not they result in criminal behaviors, is sinful and harmful and produces terrible fruit. It also paints us continually as weak-willed women and seductresses. I think I can speak for many of us when I say we are neither interested in reducing or seducing our brothers.

I am stunned that a Christian theologian would talk like that to a sister in Christ (and about another sister in Christ!). I can hardly wrap my mind around what alternate universe a person must live in to even think about uttering a comment like that. Yet there it is.

Moore is being generous in suggesting that it’s benign. It’s really not benign at all. It simultaneously objectivizes one woman while denigrating another. I don’t think this is a complementarian/egalitarian issue. In fact, I think that all Christians—regardless of their views on the intramural evangelical gender debate—should agree that this kind of talk falls woefully short of the glory of God.

Paul wants Timothy to know that it matters how a Christian leader treats people—both men and women. The pastor in particular must not treat the congregation in an undifferentiated way. He must treat people in a way that respects their age and station of life. A leader will minister to all different kinds of people in a given congregation, but Paul tells Timothy to treat every one of them like family.

There are appropriate ways to treat family members, and there are inappropriate ways. A Christian leader’s ability to discern that members are indeed family, however, is the key to how he should treat each person. And when it comes to the treatment of women in the family, Paul is very direct.

Paul says that Timothy must not speak harshly to “older women” but exhort them as mothers. A man must not treat women who are his senior with careless disregard. He must care for them and speak to them like he would his own mother. The respect required for older men is also called for in relating to older women. But there may be an added dynamic that Paul wishes to accent. A man has a kind of built-in protectiveness when it comes to his own mother. Perhaps Paul is appealing to this sensibility as well and calling pastors to have a sense of protectiveness about the elder women of the congregation.

Paul says a man in leadership must not speak harshly to “younger women” but must exhort them with the same respect and honor that he would owe to his own flesh-and-blood sister. But notice that Paul adds one additional element when it comes to the younger women of the congregation—purity. The word indicates moral purity, but its connection with younger women here certainly means that Paul has sexual purity in mind.

It is likely that Paul adds a word about sexual purity because there is a particular pitfall that is all too common—sexual immorality. A pastor who has learned the art of communicating with warmth and compassion can easily find himself in a situation of emotional connection with a woman that he ought not have such a connection with. And so Paul says that there must be no hint of impropriety in his ministry to these women.

But it is important to notice that Paul doesn’t say that Timothy should treat women as “temptresses in all purity” nor as “inferiors in all purity.” Timothy must treat them as sisters in all purity. A leader has an obligation to get this balance correct.

On the one hand, he must relate to these young women “in all purity,” which means without any hint of sexual possibility or intention. On the other hand, the pastor has an obligation to relate to these young women as “sisters.” They are members of the body of Christ. Thus the leader’s quest for personal holiness does not authorize him to cut off the eyes and hands of Jesus by shunning them and standing aloof from their lives and concerns (1 Cor. 12:21). They are family, and who treats their family members that way?

A female seminary student once told me a story about a time she said “hello” to a male classmate before class started. His response to her was “I’m married,” and then he turned away. That may be an effort at purity, but it is a horrid failure at treating her like a sister—like family. No father or brother worth his salt would ever stiff-arm his own flesh and blood, and neither should a man in Christian leadership.

Moreover, it is a bit arrogant to assume that if a female says “hello” that she is trying to be a home-wrecker. A wise leader will always be vigilant, but he must not be so cynical as to interpret an ordinary conversation with a Christian woman as a sexual advance. Such an attitude communicates that he thinks her very existence is a threat to holiness. It communicates that he is not thinking of her as a sister in all purity.

Sibling relationships help us to remember that it is possible to have a warm brotherly love for a person of the opposite sex that involves no sexual intention or possibility. And that is why Paul presses the familial analogy in this teaching about sexual purity. We all know what it’s like to have female family members—perhaps a mother or a sister or an aunt, etc. And thus we can imagine what it is like to have relationships in which sex is the farthest thing from anyone’s imagination. Paul wants leaders to retrain their minds to think of these young women in the same way—as family members.

I grieve to read Moore’s description of her experiences, but I am grateful that she shared them. I can only assume that other women could communicate similar or even worse experiences. In any case, Moore’s anecdotes sound like interactions with men who are either failing at purity (the theologian) or failing at treating her as family (the ones who ignored her). Men, we have got to get this right. We’ve got to do better. We can do better. We can actually be both loving and vigilant. Jesus did it (John 4:1-30), and so must we.

Thank you for your letter, Beth.