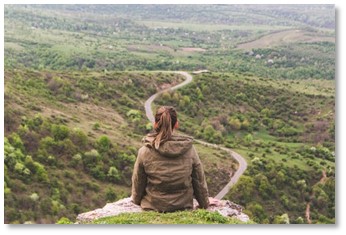 Julie Rogers is a former evangelical who embraced a lesbian identity while she worked in the chaplain’s office at Wheaton College a few years ago. Since then, she has become an outspoken advocate for the “Christian” gay identity movement.

On Saturday, she penned an op-ed for The New York Times that caught my attention. It is worth noting because it gets at the heart of the conflict unfolding among evangelicals about LGBT identities and lifestyles. Rogers writes,The narrative that people find “freedom from homosexuality through Jesus” fails to acknowledge the existence of the thousands of people who identify as L.G.B.T.Q. Christians. Sexual and gender minorities do not have to choose between their faith and queerness: Both parts of their complex identities belong, and the two actually inform each other. I’m engaged to a woman named Amanda Hite, and our shared passion for Jesus is central to our relationship. [emphasis mine]

These numbers indicate that a significant number of self-identified “evangelicals” believe that one can follow Jesus and live in sexual immorality. Indeed, they would agree with Rogers that no one has to choose between following Jesus and pursuing same-sex immorality. They can have both.

But this is where orthodox Christians have their work cut out for them. Not only must we hold to what the Bible actually says about these things (Ephesians 5:5). We also must identify those who are leading people away from Jesus—especially the ones like Rogers who are doing so in the name of Jesus. We are going to have to identify the so-called Christian gay identity movement for the heresy that it is. If we want to be faithful to Christ and to lead people to him rather than away from him, then we can do no less.

What Rogers writes in The New York Times is not true. People living in sexual immorality do indeed have to choose between their sin and Jesus. They can have one or the other, but they cannot have both. But this is not a unique message for those who identity as LGBT. It is the message for all sinners—gay, straight, or otherwise. Every single one of us must choose between the broad road that leads to destruction and the narrow way that leads to life (Matt. 7:13-14).

The grace of God teaches all of the redeemed to “deny ungodliness and worldly desires and to live sensibly, righteously and godly in the present age” (Titus 2:12). The grace of God in Christ that saves us also transforms us into the image of Christ (2 Cor. 3:18). Revisionists like Rogers would like gay sinners to believe that grace doesn’t work this way. We must tell them otherwise.

UPDATE: I received a message from a reader who is an old friend and who struggles with same-sex attraction. He writes:

I grieve for [Julie] and I often wonder what led her down this road. I assume it is the same loneliness that I struggle with…

Simply put, the struggle is real. I agree with much of what you had to say. But, the delivery seemed a bit off. I’m giving you an opinion that you didn’t ask for but I am giving it because I respect you and I hear your heart for truth…

I agree with almost everything that you had to say but the delivery seemed off. I wonder how it helps the struggler who really wants to know Jesus more and follow Him.

I think this is really helpful feedback, and I think this brother’s critique is basically right. The post is long on warning against false teaching but short on good news for the “strugglers” who may find their way to this post.

So to the strugglers, I want you to know this. God’s design for his creation and his way of salvation serve to bring him the greatest glory and bring us the greatest good. God’s good plan provides us with the greatest freedom. Jesus said he came that we might have life and have it in overflowing measure. He is for you and not against you.

The grace of God in Christ gives both merciful pardon and transforming power. This pardon and power enable a follower of Jesus to put to death sinful desires and to walk in a manner worthy of the Lord. This grace is sufficient to forgive all sexual sins and to give power for holiness to every believer who feels drawn into sexual sin–gay, straight, or otherwise.

I want the strugglers to know that they are not alone in the battle that they are waging. I’m cheering for them and so are countless other brothers and sisters in Christ.