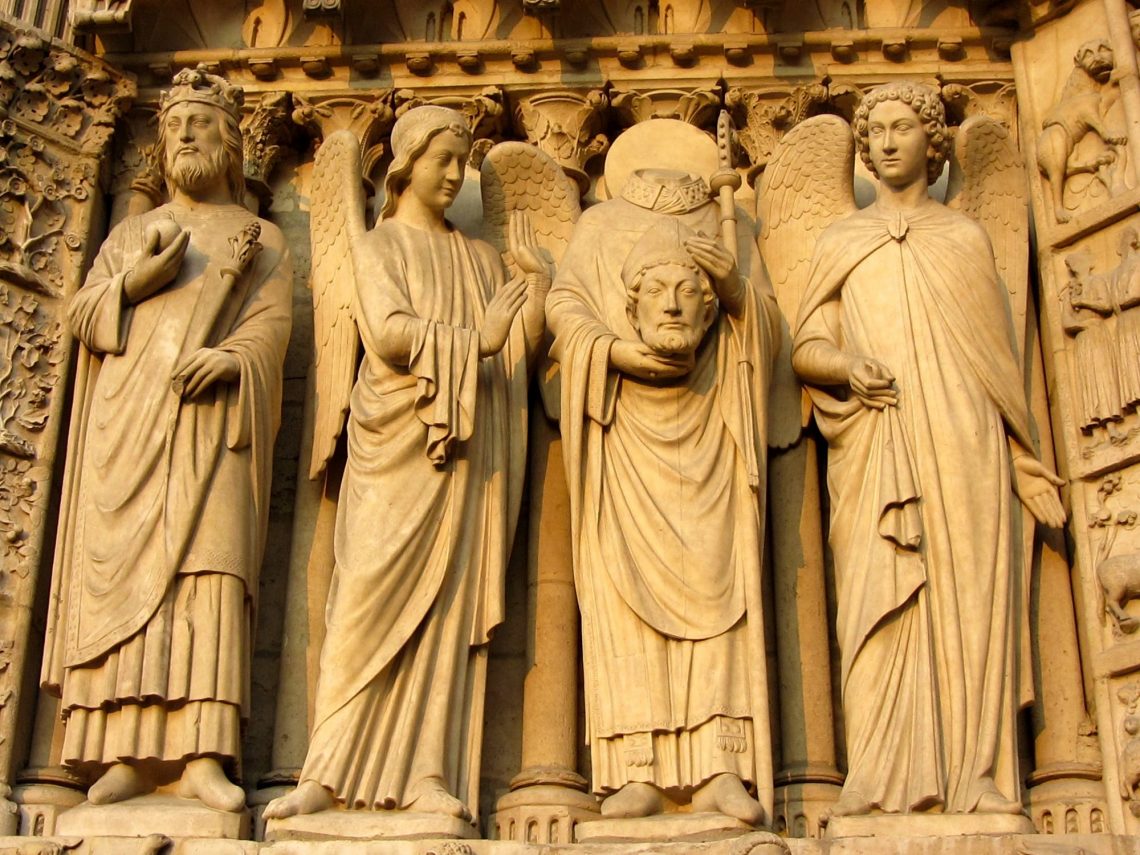 Scot McKnight is one of my favorite egalitarians. We are quite different in our theological perspectives, but he is an all around engaging personality. He is a fantastic New Testament scholar and a prolific writer. His interests are wide-ranging, and he is gifted both at producing serious scholarship and at reaching more popular audiences with his work. In my view, he’s a triple threat: serious scholar, popular blogger, and charismatic speaker. He has a gift for communicating serious ideas to wide audiences.

His new little e-book Junia Is Not Alone (Patheos Press, 2011) is no exception. In this little pamphlet, McKnight argues at the popular level in favor of an egalitarian reading of scripture (though he prefers to call his view “mutuality”). Taking Junia as his point of departure (Romans 16:7), he argues that women have been routinely overlooked in the life and ministry of the Christian church. Thus Junia is not alone in being slighted by a patriarchal vision of gender roles in the church and the home.

Though he makes mention of a litany of female Bible characters, McKnight gives most of his attention to explaining how and why Junia’s legacy has been suppressed. On this point, his argument is not new. He makes the case that—notwithstanding those who have manipulated the Greek accents to transform her into a man (“Junias”)—the name Iounias should be understood as feminine (“Junia”). Thus Junia is a woman who Paul names as an apostle, and as such she was a “Christ-experiencing, Christ-representing, church-establishing, probably miracle-working, missionizing woman who preached the gospel and taught the church.”

McKnight says that he bases his view of Junia’s gender almost entirely on Eldon Epp’s book Junia: The First Woman Apostle, and McKnight agrees with Epp’s conclusions that:

(1) Junia was a woman.
(2) There is no evidence that any man had the name “Junias.”
(3) Junia is not, as some have argued, a contracted name of Junianus.
(4) “Among the apostles” means Junia herself was an apostle and not simply that the apostles thought she was a good egg.

According to McKnight, a female apostle would have been totally uncontroversial in the egalitarian communities that Paul corresponded with. It is only subsequent generations of patriarchy that have silenced her and have given her a “sex change” by transforming her name into a masculine one.

But even if one disagrees with Wallace and Burer, that still doesn’t settle the issue in favor of recognizing Junia as an apostle. McKnight gives very little space to the possibility that the Greek term apostolos may be used in a non-technical sense in Romans 16:7. The word apostolos is not used in the New Testament uniformly to denote the authoritative office that was held by the twelve. In Philippians 2:25, for instance, Epaphroditus was an apostolos sent by the Philippians to minister to Paul’s need. No interpreter believes Epaphroditus to be an apostle. Rather, it is clear that Epaproditus was an apostolos in the sense of a “messenger” or an “envoy” who does not have any extraordinary status (cf. John 13:16; 2 Cor. 8:23). Given Paul’s well known prohibition of women in authority (1 Timothy 2:12), even if we were to regard Junia as an apostolos in some sense, at most we would simply understand her to be a “messenger” or “envoy.”

One doesn’t have to agree with these interpretations to understand that they are well within the mainstream of possibilities recognized by commentators. In any case, the existence of these interpretations invalidates one of McKnight’s central critiques—that scholars have suppressed the truth about Junia. He writes,

“Let me be clear once more: The editors of Greek New Testaments killed Junia. They killed her by silencing her into non-existence. They murdered that innocent woman by erasing her from the footnotes.”

This charge is not exactly fair. The fact of the matter is that many readers simply have a different interpretation of the text than McKnight does, and it will not hold water to allege that these readers are all motivated by a patriarchal desire to silence Junia. This is really good rhetoric but a very poor argument in my view.

McKnight’s central thesis is only as strong as his exegesis of Romans 16:7, and on this point I do not think he has provided sufficient exegetical warrant for his view in light of the countless interpreters who differ with his argument (e.g., Fitzmyer, Romans, p. 739; Schreiner, Romans, p. 796). There is not a single argument in this book that is new or that moves the gender debate forward. It simply assumes long-held egalitarian interpretations of the Bible, and then argues accordingly. I am doubtful that this method will be very persuasive to serious students of the Bible.

McKnight’s book may give the impression that there is a big cover-up when it comes to the identity of Junia and of women leaders in the Bible more generally. But nothing could be further from the truth. There’s no Complementarian cover-up—just a difference in interpretation, a difference with profound implications for the life of the church.

A version of this blog post was subsequently published as an editorial in The Journal for Biblical Manhood and Womanhood 17.1 (2017): 2-4.