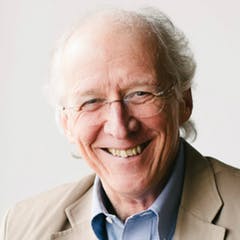 Ten years ago, John Piper delivered an address at the founding of Bethlehem College and seminary. Today, he offers some reflections on the ten year anniversary of that address and expands and corrects some things from ten years ago. I think the whole thing is worth reading, but his comments about social media and pride are particularly pointed and needed. He writes:

What I did not foresee ten years ago was the normalizing of proud behaviors that would once have been considered disqualifying for ministry, or at least for maturity. This process of normalizing self-exaltation has been energized by social media. Virtue signaling on Twitter, for example, is pervasive: “I am among the few people right now who are praying about this tragedy rather than commenting on it.” “Take note, everyone, that my heart is broken over this injustice.” Even more blatant is retweeting other people’s praise of your book or article. When Proverbs 27:2 says, “Let another praise you, and not your own mouth,” it does not mean, “Make other people the mouthpiece of your own self-praise.”

Two other symptoms of the normalization of strutting one’s self have emerged. One is the childish antics of grown-up NFL players after they do something outstanding. The gesticulating self-congratulation would have been regarded as disgustingly immature just a few decades ago. Finally, and perhaps most damaging of all since I spoke ten years ago, we now have a president of the United States who seems incapable of giving any evidence of humility or fallibility or interdependence.

Therefore, if I were giving that lecture today, my concerns about the insidious nature of pride in public life (including the pastorate) would be even greater, and the subtleties of its influence would need more analysis and resistance.

Piper also noted that ten years ago he did not comment on the transgender revolution that is now overtaking our culture. He writes:

The cultural cancer of sexual disintegration and perversion has metastasized more quickly than most of us foresaw. The new forms of cancerous growth are both tragic and ludicrous. Perhaps most prominent at the moment is the transgender phenomenon — men and women wanting to be a different sex than they are. This impulse is part of the wider and deeper sense in the modern soul that our identity is not given by God or nature or grace, but rather is decreed by our own sovereign selves…

If I were giving the ten-year-old lecture today, I would have driven a stake in the ground along the lines of the Nashville Statement on sexuality.