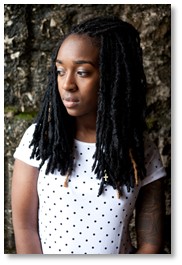 Last week, Jackie-Hill Perry spoke on the campus of Harvard University for a campus student group called Harvard College Faith and Action (HCFA). For those unfamiliar with Jackie-Hill Perry, she’s a poet and a Christian who was converted to Christ out of lesbianism. She is courageous, bold, and unambiguous about the gospel and what it requires of us.

Word got out on Harvard’s campus about the event, and a group of students and professors organized a protest. They demanded that the event be cancelled. When it wasn’t cancelled, some of them showed up to the event and heckled Perry from the crowd. The ruckus among protestors began days before the event. Protestors accused Perry of being “homophobic” and claimed that “she condones conversion therapy, a discredited practice meant to change a person’s sexual identity or orientation,” according to the Harvard Crimson.

Both of these claims bear false witness against Perry. She is neither homophobic, nor does she support so-called “conversion therapy.” It’s not “conversion therapy” that she supports. It’s just conversion. In other words, she believes what Christians have always believed—that faith in Christ leads to a conversion of one’s life. It’s what Jesus spoke about in John 3 when he told Nicodemus that he must be “born again” (John 3:3-5). Conversion is a transformation from death to life accomplished by the Holy Spirit in every Christian. It’s not therapy. It’s resurrection from the dead (Eph. 2:4-5). This conversion isn’t just for gay sinners. It’s for all sinners—gay, straight, or otherwise.

To confuse this conversion with “conversion therapy” is not only misleading, it also gives ammunition to critics who wish to paint biblical Christianity in the worst possible light. Those critics wish not only to say that the Bible is wrong but that it is harmful to gay people. They want to shame anyone who publicly identifies with Jesus’ teaching about sexuality. Just last week, gay-activist Matthew Vines publicly criticized Beth Moore for daring to tweet words of encouragement to Jackie-Hill Perry after the opposition at Harvard (although note this clarification from Vines):

You are brave, bold and beautiful, JHP.

Beth, I so appreciate your heart & love for others, but please think about the implications of your statement here. Promoting the false belief that people can change their sexual orientation is not being faithful to Jesus. It actually does profound harm to LGBTQ young people.

What is your message to LGBTQ Christians and to our parents? Is it that the path of faithfulness is trying to become straight? Please clarify—because no matter how well-intentioned, that message has taken far too many of our lives, and that harm needs to stop.

Vines and those like him are accusing Christians of causing the deaths of gay people. He not only rejects the Bible’s prohibition on same-sex immorality, but he also argues that anyone who affirms the Bible’s teaching harms gay people and causes them to take their own lives. Vines is not the only one arguing like this. It is the lie being perpetrated against the faithful far and wide. And it is certainly the lie cast at Jackie-Hill Perry last week at Harvard.

So grateful for this sister in Christ. She overcomes by the blood of the Lamb and by the word of her testimony (Rev. 12:11). May the Lord give us all such bold and faithful witness. Read this from @JackieHillPerry: https://t.co/Dn3jaK1e6v

The Trinity Debate Two Years On