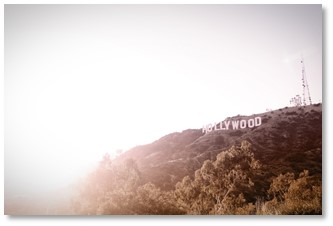 USA Today has published a stunning report about sexual misconduct in the entertainment industry. Here’s the lede:

USA TODAY surveyed 843 women who work in the entertainment industry in a variety of roles (producers, actors, writers, directors, editors and others) and asked them about their experiences with sexual misconduct.

The results are sobering: Nearly all of the women who responded to the survey (94%) say they have experienced some form of harassment or assault, often by an older individual in a position of power over the accuser.

Worse, more than one-fifth of respondents (21%) say they have been forced to do something sexual at least once.

Only one in four women reported these experiences to anyone because of fear of personal or professional backlash or retaliation. This reporting rate holds true for all forms of misconduct addressed in the survey, including being forced to do something sexual.

Of those who did report their experiences, most say reporting did not help them; only 28% say their workplace situation improved after reporting.

I knew that the situation in Hollywood was bad, but even I was stunned by the number 94%. I just don’t know how this situation has been tolerable for as long as it has been. I suppose the toxic culture is one that individuals accommodate themselves to in order to succeed in the entertainment industry, but at what cost? If these figures are correct, it certainly does explain the #MeToo passion on display at the recent Golden Globe award ceremony. These women are running a gauntlet that almost no one escapes from unscathed.

Read the rest of the story here.