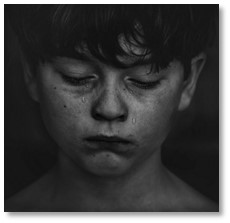 A thought experiment: What if you had a child who experienced feelings of gender confusion? You are a Christian, so as your child grows you try to teach him what the Bible says about how God made us male and female and how the distinction between male and female is therefore a good thing (Gen. 1:31). You teach him that our maleness and femaleness is first of all biologically defined according to our binary reproductive capacities (Gen. 1:26-27). You also teach him that it is good and right to embrace that biological reality and the responsibilities and duties that go along with it. You love your child and wish to walk with him through whatever struggles he has. And you especially want him to be a disciple of Jesus—which requires embracing the fact that God designed him to be male.

Still, the gender confusion persists. In adolescence, he becomes depressed about his gender confusion. He tells you that he wishes he were a girl, even though he has the body of a young man. You grieve over your child’s pain and confusion. You pray. You love. And you never give up on him no matter what. You show him that the Bible teaches that sometimes our feelings betray us and don’t tell us the truth.

“He who trusts in his own heart is a fool, But he who walks wisely will be delivered.” -Proverbs 28:26

You teach him that in a fallen world, sometimes our feelings don’t match up with reality. Whenever that happens, you teach him to trust God and not his feelings. You teach him that God’s revealed will is always wise, right, and true even when we don’t feel like it.

For a while, your son embraces this truth and becomes a faithful struggler. He tries to trust God’s good design in spite of his confused gender feelings. In his public school, however, your son begins to receive a different message from the one he’s hearing at home. Rather than trusting God’s good design, his friends and the school counselor tell him that his true self is not revealed by his biological sex but by his feelings. If he really feels like a girl, then he is one even if his body is male.

As a result of these influences, he begins to resist what you’ve taught him from the Bible about God’s good design of male and female. A chill of mistrust and rebellion enters the relationship. He begins to believe that the real source of his unhappiness is not his gender-confused feelings but any and every person who fails to affirm and encourage his gender-confused feelings. In the meantime, his distress doesn’t go away, but his trust in his parents and his faith in God begin to falter. He becomes bitter and depressed. He begins telling you that unless you affirm his transgender feelings, then you don’t love him. He even threatens suicide.

He shares the conflict with his school counselor, who refers him to a local “gender clinic.” The doctors there diagnose him with gender dysphoria and tell him that the best way to eliminate his mental distress is to transition to a female identity. They recommend that he adopt a female name, begin dressing in female clothing, and begin to take cross-sex hormones to begin making his voice and body more feminine. They even tell him that after he becomes an adult, he can get a sex-change operation.

He comes home from the gender clinic and informs you of his intentions to accept the prescription from the gender clinic, but as a minor he needs your permission. Because you want the best for him, you cannot and will not support the self-harm being prescribed by the gender clinic. You explain to him that these therapies will not help him but hurt him. You explain that people who undergo such transitions often fare no better in terms of mental distress than those who don’t have the surgeries. Then you also remind him of the most important thing. What is best for him is to embrace the man that God designed him to be.

He rejects your counsel, and goes back to his school counselor. The counselor calls state authorities because of your refusal to provide life-saving “healthcare” for your child. The state removes your child from your custody and appoints a temporary guardian while the matter is adjudicated in court.

Does this sound far-fetched to you? It’s not. Something like this is already happening in Ohio as I type this. The facts of the Ohio case are not exactly like the story I’ve just narrated above. In fact, many of the facts are not yet known, and it may in fact turn out to be a really hard case. Having said that, hard cases make bad law. And they certainly make for bad precedents. My concern is that the Ohio case may set a precedent that will enable the state to remove children from their homes when their parents refuse to go along with their gender transitions. Here’s an excerpt from the CNN story about the Ohio case:

An Ohio court will decide the fate of a transgender teen who is in what the judge describes as a “gut-wrenching situation.”

The 17-year-old identifies as a boy. Neither he nor his family can be named, according to court instructions. The teen’s parents want court authority to stop their child from getting the treatment and therapy that was recommended by his medical team in what it characterizes as a possible life-or-death situation.

Medical experts testified that the father’s ongoing refusal to call the child by his chosen name and the parents’ rejection of the teen’s gender identity have triggered suicidal feelings.

The teen was hospitalized in 2016. He has been diagnosed with depression, an anxiety disorder and gender dysphoria, according to court records. Gender dysphoria is a psychiatric diagnosis the American Psychiatric Association defines as “a conflict between a person’s physical or assigned gender and the gender with which he/she/they identify”…

The reason why the parents don’t want their child to receive hormone replacement therapy is because it is also against their religious beliefs. “Father testified that any kind of transition at all would go against his core beliefs and allowing the child to transition would be akin to him taking his heart out of his chest and placing it on the table,” according to a transcript of Clancy’s closing argument.

Clancy said that although the father testified he “fully accepts” his child, he also testified that having the teen come home would “warp” his siblings’ perception of reality.

Hamilton County Job and Family Services temporarily placed the teen in his grandparents’ home after the child had been hospitalized.

I see at least two potential dangerous precedents that might be set in this case. First, it looks like the state is removing parental rights. The state may very well determine that a transgender identity is better for the child than what the child’s parents want for their child. And it may lead to the state using coercive measures to impose its will over the parents.

Second, the court may decide that the state has an interest in promoting this child’s transgender identity. If they do, they will be saying that state’s interest in confirming the child’s transgender identity trumps the parents’ rights to raise the child as a Christian. This would have implications not just for Christians but also for Jewish and Muslim parents as well. Such a precedent would require parents to violate their religious beliefs or risk losing parental rights.

The stakes couldn’t be any higher. Is it okay for the state to take your child away because you won’t affirm his transgender feelings? A court in Ohio will decide for at least one child on Friday.

UPDATE (2/17/18): The court ruled against the parents and removed the child from their custody. From the CNN report:

(CNN) A Hamilton County, Ohio, judge on Friday gave custody of a transgender teen to his grandparents rather than his parents, allowing them to make medical decisions regarding his transition.

The parents didn’t want the teen, a 17-year-old who identifies as male, to undergo hormone treatment and refused to call him by his chosen name, triggering suicidal feelings, according to court testimony. The parents wanted custody in order to make medical decisions for the teen and prohibit the treatment that his medical team had recommended…

Hendon’s ruling says that in addition to receiving custody, the grandparents can petition to change the child’s name in probate court. The teen will now be covered by the grandparents’ insurance.

The grandparents, rather than parents, will be the ones to help make medical decisions for the child going forward. But before any hormone treatment is allowed, the court ordered, the teen should be evaluated by a psychologist who is not affiliated with the current facility where he is receiving treatment, on “the issue of consistency in the child’s gender presentation, and feelings of non-conformity.”

A team at Cincinnati Children’s Hospital Medical Center, where the teen has been treated since 2016, advised the court that he should start treatment as soon as possible to decrease his suicide risk.

The parents’ attorney had argued that the child was not “even close to being able to make such a life-altering decision at this time.” A county prosecuting attorney argued that the parents wanted to stop the treatment because it violated their religious beliefs.