By Denny Burk on March 2, 2016 in #NeverTrump, Christianity, Politics 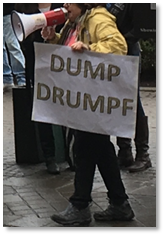 Trump’s candidacy has become a referendum on us
My take on the debate, the race, and our prospects

25 Responses to I spent Super Tuesday with Donald Trump