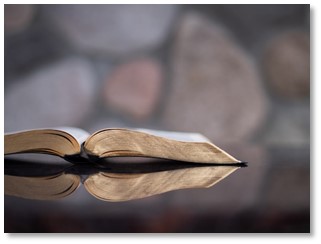 The apostle John explains to his readers how to tell the difference between the Spirit of God and the spirit of antichrist:

1 John 4:6 “We are from God; he who knows God listens to us; he who is not from God does not listen to us. By this we know the spirit of truth and the spirit of error.”

This is John’s expansion of what Jesus himself said in the upper room discourse. Jesus told his apostles that he would uniquely reveal himself to his apostles and would enable them to faithfully communicate his revelation to the world:

John 14:25 “But the Helper, the Holy Spirit, whom the Father will send in My name, He will teach you [apostles] all things, and bring to your remembrance all that I said to you.”

John 16:13 “But when He, the Spirit of truth, comes, He will guide you [apostles] into all the truth; for He will not speak on His own initiative, but whatever He hears, He will speak; and He will disclose to you what is to come.”

Even though Paul was not with the eleven when Jesus told them that he would guide them into all truth, we know that Jesus intends for us to view Paul as having the same revelatory authority as the other apostles. How do we know that? Because Jesus himself discloses this intention when he appears to Ananias in a vision and says this concerning Paul:

Acts 9:15-16 “Go, for [Paul] is a chosen instrument of Mine, to bear My name before the Gentiles and kings and the sons of Israel; for I will show him how much he must suffer for My name’s sake.”

Acts 26:16-18 “15 And I said, ‘Who art Thou, Lord?’ And the Lord said, ‘I am Jesus whom you are persecuting. 16 ‘But arise, and stand on your feet; for this purpose I have appeared to you, to appoint you a minister and a witness not only to the things which you have seen, but also to the things in which I will appear to you; 17 delivering you from the Jewish people and from the Gentiles, to whom I am sending you, 18 to open their eyes so that they may turn from darkness to light and from the dominion of Satan to God, in order that they may receive forgiveness of sins and an inheritance among those who have been sanctified by faith in Me'” (italics mine).

Jesus called Paul to be an apostle just as he called the other eleven. Jesus also specifically directed Paul to proclaim his name among the Gentiles. Jesus appointed Paul for this task and intends for Paul’s listeners (and now readers) to heed the message that Paul proclaims.

If Jesus chose and appointed Paul to bear His name among the gentiles, then who are we to gainsay Jesus? Doesn’t King Jesus have the authority to select and enable His own spokesmen? Jesus has chosen to reveal His words and deeds through apostolic witnesses, and he has directed us to listen to the likes of Paul.

1 Peter 1:10-11 “10 As to this salvation, the prophets who prophesied of the grace that would come to you made careful search and inquiry, 11 seeking to know what person or time the Spirit of Christ within them was indicating as He predicted the sufferings of Christ and the glories to follow.”

Paul too spoke of “the Christ who speaks in me” in 2 Corinthians 13:3. That means that there is no daylight between Jesus and Paul when it comes to what Paul communicates to us in scripture. Paul speaks for Christ. If we want to be obedient to Christ, then we must obey the canonical words of Paul and of the other apostles. Those who wish to honor biblical authority will avoid attempts to pit Jesus’ words against Paul’s words, for the words of Paul and of the other apostolic authors of Scripture are nothing less than the very words of Christ.