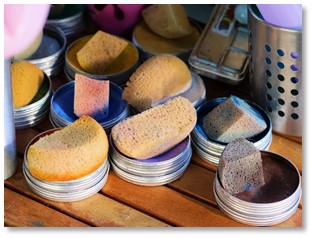 David Bahnsen writes about the aftermath of the Kavanaugh imbroglio in which he opines on the situation that conservatives find themselves in—including those conservatives who happen to be Christians. There is one part of Bahnsen’s piece that jumped out at me when I read it. Bahnsen writes:

It would be nice if conservatives of faith had some support in the church, that allegedly spiritual institution of Christian community, doctrine, and practice.  If you want to know what the church will look like in 3-5 years, look at what the culture is doing now.  If you want to know what the culture looked like 3-5 years ago, look at the church now.  From all but complete outliers in Rome and evangelicalism, the Christian church is in the theology of capitulation business now, desperate to fit in, desperate to be accepted by Vanity Fair, and oblivious to the fact that no amount of surrender is going to prove sufficient.  Non-churched leftists are completely comfortable calling their ideology “leftism” or “progressivism.”  The cultural pacifists that fill today’s pulpits lack the courage to even self-identify for the humanism-soaked sponges that they are.  Christians, you are all alone if you are looking for the church to defend your cause, mission, and purpose.  I don’t blame unbelievers for laughing at the latest screed that comes from today’s emasculated church; I do blame believers for not doing so.

My despair has come from the realization that our divide in this country is not merely sociological, that the other side is playing for keeps, and will stop at nothing to win.  It is exacerbated by the realization that potential courageous opposition – the church – is asleep at the wheel.  And my turmoil is unresolved by the realization that the tactics we will face as a remnant defending western civilization and the American experiment in the decades ahead will not, and cannot, be reciprocated by our own side.  If we forfeit a quest for civility and decency, we will have already lost.

Let me stipulate up front that I do not believe that the church needs to take sides in the partisan guerilla warfare that characterizes our politics today. On the contrary, the church needs to be a voice of moral clarity and witness in a culture that is becoming increasingly fractured. That means first of all, that we need to preach the unvarnished gospel of Jesus Christ crucified and raised for sinners. It means second of all, that we need to call balls and strikes when speaking about how God’s truth comes to bear upon the world we live in—including how it comes to bear on political matters. We don’t show partiality. We must show absolute unwavering allegiance to a higher kingdom and calling.

How do we do that? In particular, how do pastors do that? How do they avoid becoming the “humanism-soaked sponges” that Bahnsen decries?

There are many things that could be said in answer to this question, but I want to say what ought to be the first and most obvious thing. Don’t preach the newspaper. Don’t preach whatever fad happens to be taking over the culture at any given time. Preach the word. Preach it verse by verse, line by line, chapter by chapter, book by book. If you want heaven to set the agenda of your message, then let the Bible set the agenda of your preaching. If you will do that, you will be more relevant than ever. If you fail that, you will be more irrelevant than ever. And no amount of flashy bells and whistles will save you from that irrelevance if you fail to preach the word.

“1 I solemnly charge you in the presence of God and of Christ Jesus, who is to judge the living and the dead, and by His appearing and His kingdom: 2 preach the word; be ready in season and out of season; reprove, rebuke, exhort, with great patience and instruction. 3 For the time will come when they will not endure sound doctrine; but wanting to have their ears tickled, they will accumulate for themselves teachers in accordance to their own desires; 4 and will turn away their ears from the truth, and will turn aside to myths. 5 But you, be sober in all things, endure hardship, do the work of an evangelist, fulfill your ministry.”