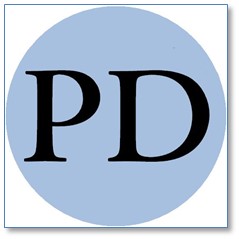 Ron Belgau has a rejoinder posted at The Public Discourse responding the essay that Rosaria Butterfield and I wrote. I’m not going to give it a point-by-point rebuttal, but I do want to offer some pushback on one central claim of his article. Belgau claims the following:

Denny Burk and Rosaria Butterfield argued that our disagreements stem from the difference between the Protestant and Catholic views of sin… They asserted that I only denied that same-sex temptation is itself sinful because I am Catholic. This is a puzzling assertion, because Butterfield herself has denied that all temptations associated with same-sex attraction are sinful. In Openness Unhindered: Further Thoughts of an Unlikely Convert on Sexual Identity and Union with Christ, she wrote: “Although temptation is not sin itself, it is also not good.” She also wrote of needing to repent “when feelings cross from temptation to sin.” [underline mine]

From here, Belgau goes on to list other examples of Protestants who deny that temptation equals sin (e.g., John Piper, Sam Allberry). And this is where Belgau’s argument goes askew.

The fact is that Rosaria and I did not write about temptation in our article. Nor did we criticize anyone for making a distinction between temptation and sin. I have my own thoughts about temptation which I have written about extensively elsewhere (see here, here, and here). But Rosaria and I don’t interact with Belgau’s views on temptation at all in our essay. Our argument focuses on the moral status of same-sex sexual desire. Our article differs with Belgau on that point.

As I have said before, I can’t speak for anyone else but myself regarding the temptation question. I am not sure exactly how John Piper, Sam Allberry, or Rosaria Butterfield might express themselves on the question of temptation. It may be that if we all got in a room together and defined our terms, we’d all be on the same page. Maybe not. In any case, it’s just not the central point of contention in our article or in the larger debate. It’s an important and related question, and that’s why Heath Lambert and I addressed it in our book. It’s just not one that Rosaria and I addressed in our Public Discourse article.

What Rosaria and I did address was the moral status of same-sex sexual desires. We are simply making the case that this particular feature of human fallenness is tainted by sin and needs to be met with mortification and repentance. Because it is sinful, we don’t believe that it is the foundation for bearing good fruit before God, as in establishing “spiritual friendships.”

I am grateful that the folks at Spiritual Friendship and Revoice are committed to celibacy and that we share the same definition of marriage as uniting one man and one woman. These are not small things. I don’t wish to discourage that at all but do wish to cheer them on in that commitment.

Having said that, the differences we are adjudicating are important and mark a watershed moment for evangelicals. Will Reformed Protestants recognize that our biblical anthropology is worth preserving in the face of Roman Catholic error? That is what is at stake here, and how we answer the question will determine how we exhort and encourage struggling sinners. The answer to the question has implications for everyone who experiences desire as a son or daughter of Adam, which means that it implicates all of us, not just those who struggle with same-sex desire. The stakes are high.

Our differences with Belgau are going to shape how pastors address those struggling with sinful heterosexual desires. What am I going to say to the married man who comes to me and says that he has a sexual desire for a woman at his office, a desire that she reciprocates? Am I going to tell him that he should repent of that desire? Or am I going to tell him that the desire is not itself sinful, although he shouldn’t act on it? Should I tell him that his “erotic orientation to the world” (as Wesley Hill put it) is the basis for forming a meaningful friendship with this woman?

We are not arguing about how many angels can dance on the head of a pin. This is real life, serious stuff. I don’t think Belgau’s side is providing faithful answers.