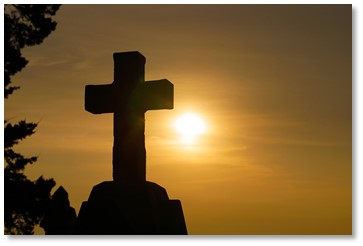 Evangelicals sometimes have ways of speaking and communicating that actually leave out crucial aspects of the gospel. Perhaps the following scenario will be familiar to you.

A parent comes to me and says, “Pastor, my 8-year old child wants to meet with you about getting baptized.” We agree to meet, I sit down with the parent and with the child, and I say, “Johnny, why do you want to get baptized?” He replies, “Because I don’t want to go to hell.” I clarify, “Yes, but Johnny, getting baptized doesn’t save you. You have to accept Jesus into your heart in order to be saved.” Johnny askes, “How do I do that?” I reply, “All you have to do is ask Him to forgive you of your sins, and then ask Him to come into your heart.” And so we kneel and pray, and Johnny asks Jesus to forgive him of his sins and to come and live in his heart. We make arrangements for his baptism on the very next Sunday, and all’s well that ends well, right?

Wrong. What do I fail to mention in my “gospel” presentation to Johnny? I never mentioned anything about the death and resurrection of Jesus, and neither did Johnny. Perhaps I was assuming that he already understood all that. But that is precisely the problem. We cannot make assumptions that people know the gospel—especially the part about the death and resurrection of Jesus for sinners. If you leave that out, you are leaving out the very thing that Paul says is of “first importance” in his gospel preaching. You would be leaving out the part of the message that actually accomplishes our salvation.

That is why it is so important for us to master what the Apostle Paul says is of “first importance”—the gospel.

There is perhaps no other place in scripture that offers a more succinct summary of the gospel than what Paul writes in 1 Corinthians 15:3-8. This gospel has at least six characteristics. It is first of all…

1. Pre-eminent: “as of first importance.”

This means that of everything that Paul taught the Corinthians, there is nothing more important than the gospel. It doesn’t matter what else you get right. If you get this message wrong, then everything else is wrong too. This is of “first importance” because to fumble this is to fumble salvation. There is no authentic Christianity apart from the gospel rightly preached and rightly believed.

2. Apostolic: “For I delivered to you… what I also received”

The language that Paul uses here (delivering… receiving) is stock terminology among the ancient rabbis for the giving and the receiving of authoritative tradition. In this case, Paul is not talking about what has been handed down from rabbis but a message that has come down to him from the apostles. Paul received a direct revelation of the gospel on the Damascus road in his encounter with Jesus. But in this text, he accesses traditional material that has been handed down from the apostles to express what the gospel is. This shows that the message Paul preaches is in keeping with that of the other apostles. That means that the message you and I preach had better be in keeping with the apostles as well. Which means that it needs to be in agreement with the scriptures.

3. Event: “that Christ died… that he was buried, that he was raised on the third day… and that he appeared to Cephas, then to the twelve”

Isa. 53:5-10 “5 But he was pierced for our transgressions; he was crushed for our iniquities… 7 He was oppressed, and he was afflicted, yet he opened not his mouth; like a lamb that is led to the slaughter, and like a sheep that before its shearers is silent, so he opened not his mouth. 8 By oppression and judgment he was taken away; and as for his generation, who considered that he was cut off out of the land of the living, stricken for the transgression of my people? 9 And they made his grave with the wicked and with a rich man in his death, although he had done no violence, and there was no deceit in his mouth. 10 Yet it was the will of the LORD to crush him; he has put him to grief…”

Likewise, Jesus’ resurrection is anticipated in Isaiah 53 as well:

Isa. 53:10-12
10 …when his soul makes an offering for guilt, he shall see his offspring; he shall prolong his days; the will of the LORD shall prosper in his hand. 11 Out of the anguish of his soul he shall see and be satisfied; by his knowledge shall the righteous one, my servant, make many to be accounted righteous, and he shall bear their iniquities. 12 Therefore I will divide him a portion with the many, and he shall divide the spoil with the strong, because he poured out his soul to death and was numbered with the transgressors; yet he bore the sin of many, and makes intercession for the transgressors.

Here, the dying servant “shall see his offspring” and “shall prolong his days.” He “shall see and be satisfied” after his sufferings. The suffering servant will be awarded “a portion with the many” and “makes intercession for the transgressors.” These statements are premised on the idea that the servant will experience life after suffering. They portend a resurrection from the death.

Jesus’ death and resurrection are not God’s Plan B. They are Plan A from before the foundation of the world (Acts 2:23), and that plan was prophetically disclosed centuries before the actual events took place.

5. Personal: “Christ died for our sins”

If this part weren’t true, then none of the rest of it would matter. Christ’s work wasn’t simply a set of events. His death and resurrection were fundamentally for us. The text says that “Christ died for our sins.” This means that Jesus’ death actually accomplished something. This “means that Christ died in the place of sinners and took their sins upon himself in his death” (Schreiner). Paul expresses this truth in different ways elsewhere:

2 Cor. 5:21 “He made Him who knew no sin to be sin on our behalf, that we might become the righteousness of God in Him.”

Gal. 3:13 “Christ redeemed us from the curse of the Law, having become a curse for us…”

Christ did what he did for sinners. It was personal for sinners. And it is only good news to us sinners because it was for us. Jesus died in our place and took a penalty that we deserved. Because of Christ’s substitutionary work on the cross, God offers us forgiveness of our sins.

6. Historical: “5 he appeared to Cephas, then to the twelve.

Is it a problem that there were no longer “Twelve” apostles for Jesus to appear to? John refers to the apostles as “the Twelve” even after Judas’ death in John 20:24 even though Judas was already dead. So we may need to be careful not to press the number 12 when trying to identify “the Twelve.” “The Twelve” may be just a reference to the apostles, which would then make sense of the appearance to “all the apostles” in verse 7, which may be a reference to Jesus’ appearance to all the apostles including Thomas in John 20:26-29 (or perhaps Luke 24:36-53).

What is remarkable is that Jesus appeared to so many after his resurrection.

6 Then he appeared to more than five hundred brothers at one time, most of whom are still alive, though some have fallen asleep.

It is very unlikely that 500 people would have the exact same hallucination at the exact same time. This is a lot of people, and Paul is saying that although some of them have died, many of them are still alive to check this by. These are eyewitnesses, and they are still alive at the time Paul is writing this a couple decades after Jesus’ death and resurrection.

7 Then he appeared to James, then to all the apostles.

This would be James, the half-brother of Jesus (Matt. 13:55; Gal. 1:19), the leader of the church in Jerusalem, who was not a believer apparently until after the resurrection (John 7:5). He is mentioned in this list because he was “one of the most respected leaders in the early Christian church” (Schreiner). So James’ testimony carries weight.

8 Last of all, as to one untimely born, he appeared also to me.

Finally, Paul talks about his own encounter with Jesus on the Damascus road. The ESV says that Paul is like one who was “untimely born,” but the word may actually mean one who is “abnormally born” (Schreiner). It was abnormal because it would have be totally unexpected for someone like Paul—a Pharisee and persecutor of the church—to come to faith in Christ. And yet he did. And he got to see Jesus with his own two eyes.