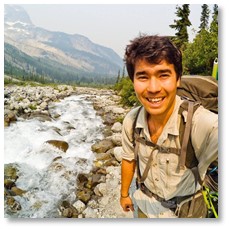 Last night, I read the news of missionary John Chau’s death. He was killed last week by the very people he was trying to reach with the gospel. He knew the risks, and he went anyway. There are several items from Chau’s letters and journal that have pierced me to the soul, perhaps this one most of all:

There is a common thread that runs through the voice of the martyrs going all the way back to Jesus. Here is a small sample. See if you can detect the common element.

“Father, forgive him and any of the people on this island who try to kill me…” –John Chau, journal entry from last week

Chau prayed for his persecutors just as countless other Christians have done going all the way back to Jesus.

Sadly, there are many people who are expressing hostility in social media because Chau dared to try and reach these people for Christ. While mission strategy is open for debate and reconsideration, the impetus for reaching the world for Christ is not. Much of the hostility I’ve read is not about strategy but about the mission itself. For that reason, much of the hostility is unfounded and seems to be coming from a place of animus. For example:

So this dude, who is not white but steeped in white American Christianity, decides he’s gonna be the guy who brings them the gospel. Because of course this tribe can’t possibly believe in God because any God they have wouldn’t be the God of the American Conservative.

It is a myopic, parochial take to denigrate Christian missions as “colonialism” or “white man’s” religion. The mission of the church predates “whiteness” and anything American by over 1,500 years. The mandate to reach every nation goes all the way back to Jesus himself:

“Go therefore and make disciples of all the nations, baptizing them in the name of the Father and the Son and the Holy Spirit, teaching them to observe all that I commanded you; and lo, I am with you always, even to the end of the age.” –Jesus, Matthew 28:19-20

Our mission is ancient. From the very beginning, the mission has been risky and often in defiance of civil authorities. When the authorities told the apostles to stop preaching in Jesus’ name, Peter says: “We must obey God rather than men” (Acts 5:29), and the apostles kept on preaching.

People in Antioch, Iconium, and Lystra tried to kill Paul after he preached the gospel in those cities. Paul’s response? He went back and preached in each one of those cities again! And he said, “Through many tribulations we must enter the kingdom of God” (Acts 14:22).

When Paul became fearful for his life while preaching in Corinth, Jesus himself had to address Paul directly to get him to stay and face the opposition: “Do not be afraid any longer, but go on speaking and do not be silent… for I have many people in this city” (Acts 18:9-10).

Taking the gospel to distant, dangerous places is not “white colonialism.” It is the ancient faith. It is obedience to the world’s true and reigning king, Jesus of Nazareth. And it is the essence of love, both for God and for neighbor.

And as long as the King tarries, this work will continue. And the gates of hell will not prevail against it (Matt. 16:18). And the knowledge of the glory of the Lord will one day cover this earth like the waters cover the sea (Isaiah 11:9).

I don’t know much at all about John Chau. I’m am just learning about him, as is the rest of the world. Perhaps more details will emerge that will change our evaluation of Chau’s work. But what I’ve read so far has the smell of heaven about it.