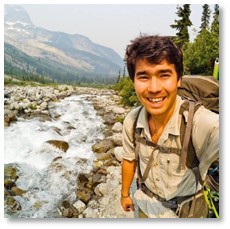 Missionary John Chau was killed only ten days ago, and yet there has been no shortage of Christians publicly criticizing the strategy he employed in order to reach the Sentinelese people with the gospel. I just read another such article today, this time in Religion News Service.

I have said before and will say again that mission strategy should be open for debate and reconsideration. Jesus himself taught us to be wise as serpents and innocent as doves in the midst of our mission (Matt. 10:16). I do not question the wisdom or the necessity of such conversations—although it does seem a little strange to hear Christians so quick to criticize a man who lost his life trying to spread the gospel. In any case, we can all agree that such conversations are necessary and right at some point.

My question is how so many people feel that they have the requisite information to weigh-in definitively on the strategy that John Chau was pursuing. It may be that what we have read in news reports is all that there is to know about his strategy. Or it may be that there is more to the story and that we haven’t heard it yet.

We do know that Chau was sent by the “All Nations” missionary organization. They released a letter six days ago claiming him as their own:

Leaders, members and friends of All Nations (www.allnations.us), an international Christian missions training and sending organization, are mourning the reported death of one of its missionaries, 26-year-old John Allen Chau of Vancouver, Wash., U.S.A.

The letter goes on to talk about the mission of “All Nations”:

Based in Kansas City, Mo., U.S.A., All Nations (www.allnations.us) is an international Christian missions training and sending organization committed to preparing Christians to share the gospel and establish churches in parts of the world where the name of Jesus Christ is little or not known.

Again, maybe there are grounds for criticism. If there are, it seems one would need to confirm those grounds on the basis of more reporting than what we’ve seen so far. In other words, we would need more information from “All Nations,” right?

All I’m saying is that we need to be careful about making snap judgments when we don’t know the answer to some important questions surrounding John Chau’s mission. I think a man who gave his life trying to reach an unreached people group deserves at least that much from us.

UPDATE: The Washington Post has some further reporting that includes statements from the “All Nations” missionary group. Here’s the relevant portion:

Chau spent years planning and training to travel illegally to remote North Sentinel Island on a mission to convert its residents to Christianity, including learning emergency medicine, and studying linguistics and cultural anthropology, his missionary group said…

Chau joined forces with All Nations, a missionary group based in Kansas City, Mo., that sends Christian missionaries to 40 countries. The group provided him training and support, according to Mary Ho, its international executive leader. She was surprised by the “soft-spoken, very gentle young man” who had a very “radical call” to find “unreached groups.”

“You could see that every decision he has made, every step he has taken since then was driven by his desire to be among the North Sentinelese people,” Ho said. He planned to live there for years and hoped to learn their language.

Again, there is still much that we don’t know, but even this statement from “All Nations” would seem to indicate that there was more to this mission than critics have acknowledged.

UPDATE #2: Christianity Today has some more reporting that is relevant:

Chau had spoke of his plans to evangelize the Sentinelese for several years. He had previously visited the Andaman and Nicobar Islands in 2015 and 2016, prior to joining All Nations as a missionary last year. All Nations’ executive leader told CT Chau was trained in linguistic and cultural anthrolopolgy in addition to the missionary training and coaching offered through its program… She considered him well-prepared for his mission.

It’s clear that the author of the CT article still believes that Chau’s mission was misguided since Chau didn’t know the Sentinelese language. Nevertheless, “All Nations” believed Chau was trying to make contact as a part of a long-term strategy to learn the language. “All Nations” believes he was prepared for this work. Again, there is still much we don’t know, but this is important information.

UPDATE #3: Christianity Today has a must-listen podcast interview with Mary Ho, International Executive Leader at “All Nations.” She answers questions about risks of the mission, about Chau’s training and preparation, and about the possibility of bringing disease to the Sentinelese people. In every instance, Ho explains how John Chau had prepared in advance for these specific challenges.