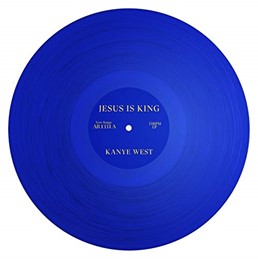 Over the weekend, I had a chance to listen to Kanye West’s new album and to watch some interviews with him. It’s an amazing thing to watch because everything I’ve seen points to a radical conversion to Jesus Christ. In an appearance on Jimmy Kimmel last week, Kimmel asks West, “Would you consider yourself to be a Christian music artist now?”

That is certainly clear in the lyrics of West’s new album “Jesus is King.” The track “Selah” has a line that gets to the heart of West’s conversion:

Everybody wanted Yandhi
Then Jesus Christ did the laundry

“Yahndi” was the album that fans expected West to release a year ago, but “Jesus Is King” is what they got instead. The new work testifies to a complete conversion of the man. Praise God for that.

As I was looking at all this over the weekend, it became clear that West is proclaiming his new found faith with the same abandon that he seems to approach everything in his life. He’s all in. And he’s being bold. So bold that he is daring speak against secular idols. He’s threatening progressive idols in a way reminiscent of Acts 19:23-41. He will likely elicit the same response. And that is what has raised my concern for this young convert.

I’ve been thinking about the parable of the soils and how “affliction and persecution” can choke the word of God out in new believers (Matt. 13:21). I think West is likely in for enormous backlash and rejection from the progressive community of artists and listeners that formerly accepted and lauded his work. I hope it won’t be, but it seems like the pressure and public scrutiny on him and his new faith might prove to be more intense than any of us can imagine.

Paul had a similar concern for the Thessalonians in the immediate aftermath of their conversion. Paul himself had evangelized them and led them to Christ (Acts 17:1-10). He was only with the Thessalonians for about three weeks before he was driven out of the city by persecution. By the time Paul writes to these young converts in 1 Thessalonians, it is clear that Paul is concerned about them. He left these new believers in the midst of a persecution after only a few weeks of instruction in the faith. He was concerned that they might cave under the pressure:

1 Thess. 3:4-5
4 For indeed when we were with you, we kept telling you in advance that we were going to suffer affliction; and so it came to pass, as you know. 5 For this reason, when I could endure it no longer, I also sent to find out about your faith, for fear that the tempter might have tempted you, and our labor should be in vain.

Paul actually suggests that the pressure might cause some of them to fall away. That he said so is an expression of his tender pastoral concern for them, not of his doubts about the power of God to save to the uttermost.

So, yes. I am praising God for Kanye West’s conversion. Nothing is impossible with God. But I am also concerned for the opposition he is up against. The reality of this opposition means that we need to pray for this brother, and pray for him big time.

I’m thinking of the words that Jesus gave to Peter because of the trials Jesus knew Peter was about to face. Maybe it can be our prayer for brother Kanye: “Satan has demanded permission to sift you like wheat; but I have prayed for you, that your faith may not fail; and you, when once you have turned again, strengthen your brothers” (Luke 22:31-32).