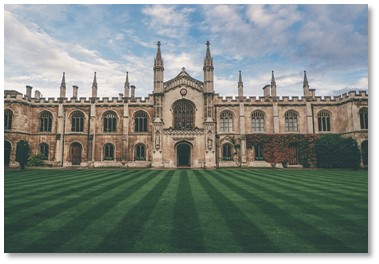 Jonathan Haidt has a fascinating essay dealing with two kinds of identity politics—the good kind and the bad kind. The good kind is that espoused by Martin Luther King, Jr. in his “I Have a Dream Speech.” The bad kind is intersectionality. Unfortunately, it’s the bad kind that dominates university campuses today. Haidt explains:

King’s speech is among the most famous in American history precisely because it framed our greatest moral failing as an opportunity for centripetal redemption. This is what I’m calling the good kind of identity politics.

Let us contrast King’s identity politics with the version taught in universities today. There is a new variant that has swept through the academy in the last five years. It is called intersectionality. The term and concept were presented in a 1989 essay by Kimberlé Crenshaw, a law professor at UCLA, who made the very reasonable point that a black woman’s experience in America is not captured by the summation of the black experience and the female experience. She analyzed a legal case in which black women were victims of discrimination at General Motors, even when the company could show that it hired plenty of blacks (in factory jobs dominated by men), and it hired plenty of women (in clerical jobs dominated by whites). So even though GM was found not guilty of discriminating against blacks or women, it ended up hiring hardly any black women. This is an excellent argument. What academic could oppose the claim that when analyzing a complex system, we must look at interaction effects, not just main effects?

But what happens when young people study intersectionality? In some majors, it’s woven into many courses. Students memorize diagrams showing matrices of privilege and oppression. It’s not just white privilege causing black oppression, and male privilege causing female oppression; its heterosexual vs. LGBTQ, able-bodied vs. disabled; young vs. old, attractive vs. unattractive, even fertile vs. infertile. Anything that a group has that is good or valued is seen as a kind of privilege, which causes a kind of oppression in those who don’t have it. A funny thing happens when you take young human beings, whose minds evolved for tribal warfare and us/them thinking, and you fill those minds full of binary dimensions. You tell them that one side of each binary is good and the other is bad. You turn on their ancient tribal circuits, preparing them for battle. Many students find it thrilling; it floods them with a sense of meaning and purpose.

And here’s the strategically brilliant move made by intersectionality: all of the binary dimensions of oppression are said to be interlocking and overlapping. America is said to be one giant matrix of oppression, and its victims cannot fight their battles separately. They must all come together to fight their common enemy, the group that sits at the top of the pyramid of oppression: the straight, white, cis-gendered, able-bodied Christian or Jewish or possibly atheist male. This is why a perceived slight against one victim group calls forth protest from all victim groups. This is why so many campus groups now align against Israel. Intersectionality is like NATO for social-justice activists.

This means that on any campus where intersectionality thrives, conflict will be eternal, because no campus can eliminate all offense, all microaggressions, and all misunderstandings. This is why the use of shout-downs, intimidation, and even violence in response to words and ideas is most common at our most progressive universities, in the most progressive regions of the country. It’s schools such as Yale, Brown, and Middlebury in New England, and U.C. Berkeley, Evergreen, and Reed on the West Coast. Are those the places where oppression is worst, or are they the places where this new way of thinking is most widespread?…

Intersectionality aims for… an inflaming of tribal suspicions and hatreds, in order to stimulate anger and activism in students, in order to recruit them as fighters for the political mission of the professor. The identity politics taught on campus today is entirely different from that of Martin Luther King. It rejects America and American values. It does not speak of forgiveness or reconciliation. It is a massive centrifugal force, which is now seeping down into high schools, especially progressive private schools…

Students who major in departments that prioritize social justice over the disinterested pursuit of truth are given just one lens—power—and told to apply it to all situations. Everything is about power. Every situation is to be analyzed in terms of the bad people acting to preserve their power and privilege over the good people. This is not an education. This is induction into a cult, a fundamentalist religion, a paranoid worldview that separates people from each other and sends them down the road to alienation, anxiety, and intellectual impotence.