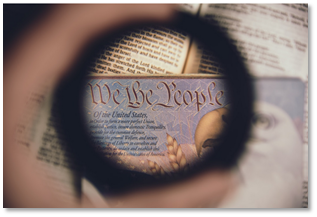 Mary Ziegler has an article in The Atlantic talking about the future of abortion jurisprudence in light of Anthony Kennedy’s retirement from the Supreme Court. Among other things, she speculates that overturning Roe is now a probability. Furthermore, she writes:

It is even possible that abortion foes will ask the justices to go further, recognizing a constitutional right to life that would mean the criminalization of abortion nationwide. Certainly, abortion opponents have always wanted more than just the end of Roe.

But even without Kennedy, the odds of such a ruling seem remote. The kind of strict-constructionist judge Trump promises is usually skeptical about the recognition of rights not spelled out in the text of the Constitution. Antonin Scalia, the model for Trump’s new selection, famously criticized decisions identifying unenumerated rights, including ones that conservatives might support, like protections for parents. Even on a reconfigured Court, the right to life might be a hard sell. [underline mine]

The underlined portions jumped off the page at me. What a rare, candid statement. This author apparently believes that the Constitution contains no guaranteed right to life. Furthermore, she thinks that it would be a “hard sell” even for originalist justices to recognize such in the Constitution.

I’m reading this, and I’m thinking, “What about the fourteenth amendment?” The fourteenth amendment says that the State may not “deprive any person of life, liberty, or property, without due process of law; nor deny to any person within its jurisdiction the equal protection of the laws” (emphasis mine). That is a constitutionally protected right to life, not to be forfeited without due process of law. It’s right there plain as day.

Sadly, our legal traditions in this country largely do not recognize the humanity of the unborn, and that is why we have abortion on demand. But could this change with a new justice on the Supreme Court? The conventional wisdom is that if the Court were to overturn Roe, abortion would not become illegal. It would simply go back to the states for regulation. Some states would have legal abortion, some would have it with restrictions, and some perhaps might get rid of it altogether. But is this conventional wisdom correct?

In an article at First Things, Josh Craddock argues that overturning Roe could do much more than simply send the issue back to the states. He argues that the fourteenth amendment guarantees a right to life to all “persons,” including the unborn. He writes:

Does the Constitution really only protect “walking-around persons”? What if overturning Roe meant not simply punting the issue to the states, but rather acknowledging a constitutionally guaranteed right to life for unborn children? What if the Fourteenth Amendment, as originally understood, protected every human being—born or unborn? In a recent article for the Harvard Journal of Law & Public Policy, I present an originalist case for extending the constitutional guarantees of due process and equal protection to the unborn.

I think this is a great argument. Whether justices on the Supreme Court will agree remains to be seen. But notice that the argument proceeds from a shared premise—that the Constitution guarantees a right to life to every “person.” The dispute is about who can be defined as a person. Ziegler seems to miss the shared premise.

The big question going forward is whether our laws will continue to exclude the unborn from the human community. Right now because of Roe, that exclusion continues apace. I, for one, am eager for that to end.