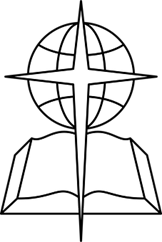 In the year 2000, the Southern Baptist Convention (SBC) made complementarianism a part of its foundation for cooperation by including the doctrine in The Baptist Faith and Message 2000. Two additions to the BF&M are worth noting.

Article VI on “The Church”: “Its scriptural officers are pastors and deacons. While both men and women are gifted for service in the church, the office of pastor is limited to men as qualified by Scripture.”

Article XVIII on “The Family”: “The husband and wife are of equal worth before God, since both are created in God’s image. The marriage relationship models the way God relates to His people. A husband is to love his wife as Christ loved the church. He has the God-given responsibility to provide for, to protect, and to lead his family. A wife is to submit herself graciously to the servant leadership of her husband even as the church willingly submits to the headship of Christ. She, being in the image of God as is her husband and thus equal to him, has the God-given responsibility to respect her husband and to serve as his helper in managing the household and nurturing the next generation.”

Why? Because there were some within the denomination who believed that women should be pastors of SBC churches and that husbands were not indeed to be the leaders of their families. And those who held those views often also denied inerrancy. For example, the institution where I teach was once in the throes of egalitarian teaching, and many of the egalitarians on our faculty also denied inerrancy.

That is why grassroots Southern Baptists were correct to view a link between inerrancy and the gender debate. They were also correct to elevate both issues for inclusion in the Baptist Faith & Message 2000. I, for one, am grateful that they did.

The label “complementarianism” isn’t the issue. Biblical faithfulness is the issue.

If the Bible teaches that “A husband is to love his wife as Christ loved the church” and that “a wife is to submit herself graciously to the servant leadership of her husband” (Eph 5:22, 24) and if the Bible teaches that “the office of pastor is limited to men as qualified by Scripture” (1 Tim. 2:12, 3:1-7), then we ought to believe, obey, and teach these truths joyfully. And we ought to be grateful that grassroots Southern Baptists who came before us were faithful to contend for these truths and to elevate them as a basis for our cooperation as Southern Baptists.

Within the SBC (especially at places like the school where I teach), egalitarians were largely known for denying inerrancy. That’s just a historical fact that shapes the conversation in the SBC. So the issues of inerrancy and egalitarianism have definitely been connected in our history and still are.

Of course in the wider evangelical world, there are egalitarians who formally affirm inerrancy. Folks like Roger Nicole and Millard Erickson stand out as prime examples of this. I have many friends within the Evangelical Theological Society who are also examples of this. Nevertheless, I still believe that their program relies on revisionist readings that strain credulity. They are hermeneutical oddities that undermine the functional authority of scripture.

I’m very thankful that some egalitarians formally affirm inerrancy. That is so much better than the alternative—an outright denial of the complete truthfulness of God’s word. I still believe, however, that their formal affirmation of inerrancy is in tension with the hermeneutical strategies they employ to achieve egalitarian readings of scripture. In other words, I believe egalitarianism is in tension with a high view of scripture whether its proponents realize it or not.

This is nothing new. Thirty-two years ago, the drafters of the Danvers Statement expressed these very same concerns, warning about “hermeneutical oddities” and “the consequent threat to Biblical authority.” I think those warnings are wise and still relevant today. Belief in the inerrancy and authority of scripture does not sit comfortably with egalitarian readings of scripture. They are in tension and always will be.

“The question of whether only men should be pastors or elders is increasingly becoming a watershed issue, distinguishing those who accommodate Scripture to culture, and those who attempt to shape their lives according to Scripture.

I contrast the error of egalitarianism (the idea that there are no gender distinctions in the biblical offices of the church) with what I, as a Baptist, take to be another error—infant baptism. Infant baptism is not a new idea. If it is, in fact, an error, it’s a very old one! It has a long track record. For over five hundred years, many evangelical Christians who have believed the Bible to teach the baptism of infants have continued to be otherwise faithful. In fact, many times their faithfulness has put to shame those of us who may have a better doctrine of baptism!

Egalitarianism is not like that. It is a new idea. It does not have such a long track record. And the record that it has amassed in the last few decades is not encouraging.

Of course, other issues are more central to the gospel than gender. However, few (if any) undermine the authority of Scripture in evangelical churches today as much as egalitarianism. And when the authority of Scripture is undermined, the gospel will not long be acknowledged. Therefore, love for God, the gospel, and future generations demands that we carefully present the Bible’s teaching that the leadership of the local church—pastors, elders—be men.”