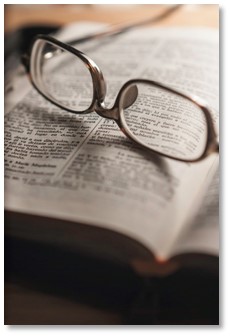 I haven’t followed all the twists and turns of the social media debate about David and Bathsheba and whether their sexual relationship was rape or adultery. But I do know that there is a debate, and it provoked me to take a closer look at the question for myself. I have no dog in the Twitter fight. My goal in this is simply to understand what the Bible says and to believe it. If I have misunderstood what the Bible teaches on this in the past, then I want to correct my views based on what scripture says. Semper reformanda.

My aim in this post is simply to pass something along to you. I’ve been looking at a number of different scholarly works on this question over the last few days, and I have found great deal of help in an article written by Alexander Abasili titled “Was It Rape?: The David and Bathsheba Pericope Re-Examined.” Fair warning: This article gets pretty deep into the weeds. Abisili is doing careful work in the Hebrew and Greek texts, so those trained in biblical languages are probably in the best position to benefit from Abasili’s work.

Some of the opposing views of exegetes are caused by the imposition of today’s definition of rape upon the narrative of 2 Sam 11-12. [pp. 2-3]

In the Hebrew bible, the concept of coerced sexual relationships is not as wide and all embracing as the contemporary conception of rape. The Hebrew bible does not emphasize the role of psychological, emotional and political coercion in rape, instead it stresses the vital role of physical force or violence. [pp. 4-5]

From the aforementioned laws (Deut 22:23-27) and description of rape in 2 Sam 13, we have reasons to define ‘Hebrew-biblical-rape’ as ‘the physical’ use of power by a man in overpowering a woman into non-consensual sexual intercourse. The force in question here may or may not be psychological or social or political or emotional, but must be physical/violent. Consequently, the victim is expected to engage in a physical struggle with the rapist made evident by crying-out (or at least be presumed to have cried-out for help but not heard). [p. 6]

The clause ‘and he lay with her’ does not explicitly imply the use of physical force by David in subduing Bathsheba. Surely, the language here lacks the physical overpowering attested in Amnon’s rape of Tamer (2 Sam 13) and consequently, Bathsheba is not depicted as ‘crying out’ during or after the sexual intercourse. Even the argument that the power gap between Bathsheba and David may supply the reason why she does not cry out is not sufficient for reading violent subjugation into the context; therefore, it is not a case of ‘biblical-rape’. At most… there may be psychological (even social and political) coercion which allows the use of contemporary concept of rape for describing the event. Nevertheless, given our understanding of the ‘Hebrew biblical’ concept of rape, it does not qualify as ‘biblical-rape’. [p. 12]

After a close exegesis of 2 Samuel 11-12, Abisili concludes:

In the Hebrew bible, however, the concept of rape, without excluding psychological or social or political or emotional domination, of necessity includes the use of physical force/violence in compelling a woman to nonconsensual sexual intercourse. Here, only a man can rape a woman and she is expected to cry-out (or be assumed to have cried-out [Deut 22:25-27]) for help. This distinction, as our analysis reveals, has significant implications for the understanding of the sexual encounter between David and Bathsheba.

On whether David raped Bathsheba or not, we first note that David’s lordship of the sexual encounter, which hinges on the power difference between him and Bathsheba, creates an opening for a subtle (non-physical) use of coercion by David, but to conclude that he ‘raped’ Bathsheba (in the Hebrew biblical understanding of ‘rape’) would be to push the evidence too far and read too much of our contemporary conception of rape into the biblical text. Obviously, the type of physical force implied in the Hebrew biblical concept of rape is absent in 2 Sam 11:4. Therefore, the sexual encounter between David and Bathsheba is not a case of biblical-rape. [p. 14]

Biblically speaking, a power differential does not by itself establish that a rape has occurred. If an adult woman consents to and welcomes the sexual advances of a would-be adulterer, that event would not meet a biblical definition of rape, regardless of any power differential that may be present. However, if a woman resists such advances but is nevertheless physically coerced into sex, that situation would meet the biblical definition of rape.

Notice that Abisili does not foreclose the possibility of referring to David’s abuse of power as rape. He concedes that it may very well fit a modern definition of rape. Nevertheless, he argues that it falls short of the narrow definition of rape provided in Deuteronomy.

There is one additional wrinkle in Abisili’s interpretation that sets him apart from other commentators who hold his view. It is commonplace for those who see no rape in this text to present Bathsheba as a temptress who in some way solicited David’s attention and seduced him. Abisili argues that this has no basis in the text. He writes:

Concerning the accusation of Bathsheba’s seduction of David, our analysis reveals that Bathsheba neither intentionally lured David into sexual intercourse by bathing in an auspicious place nor desired the sexual relationship for an ulterior motive. Both the grave consequences of marital sexual infidelity (death penalty, stoning, trial by ordeal etc) and the acknowledged integrity of David support this interpretation. Bathsheba was simply taking a purificatory bath after her menstruation without knowing that the ‘good’ King was spying on her. The specific mentioning of the time of the bath, (‘in the evening’) further exonerates Bathsheba. Since her seven day ritual impurity ended at sunset (evening) on the seventh day (Lev 15:19), then her taking of a ritual bath at that time is not unexpected. It was David’s inability to control his sexual passion stirred by the bathing woman’s beauty that made him send messengers to get Bathsheba. To blame Bathsheba for the sexual intercourse is tantamount to blaming her for David’s lack of self-control. Without doubt, Bathsheba was a victim of David’s sexual lust. We argue, consequently, against the suggestion that Bathsheba seduced David. [p. 15]

I believe the best articles are the ones that help me to read the text of scripture better. This one helped me to do that. Perhaps it will for you too. The information for the full article is below.