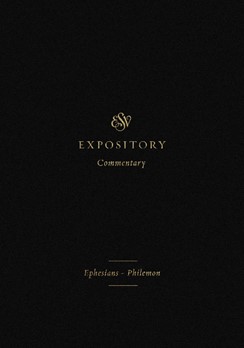 In 1 Timothy 5:19-21, the apostle Paul explains how to deal with a pastor who is sinning.1 Some readers understand Paul to be setting a higher standard for pastors than for other members of the congregation. I think this is a mistaken reading of Paul’s words, for Paul wishes for everyone to be treated equally and without “partiality” (v. 21). Paul writes:

19 Do not admit a charge against an elder except on the evidence of two or three witnesses. 20 As for those who persist in sin, rebuke them in the presence of all, so that the rest may stand in fear.

Paul’s process for dealing with elders accused of a sin lines up with what Jesus says must be done for any brother that is accused of a sin. In Matthew 18:15-20, Jesus says that if a church member sins against you, you should go to them in private. If they don’t repent, then you take along two or three witnesses to establish the charges made against the sinning brother. If they establish the charges and he still refuses to turn from his sin, then they are supposed to put the matter before the church. If he refuses after it is brought to the church, then he is excommunicated.

That is the same process in play for elders here in 1 Timothy 5, except this text picks up with the second step—establishing the charges in the presence of witnesses. Establishing witnesses is crucial to this process, as George Knight comments,

Paul is, therefore, reminding Timothy to follow the principle of Dt. 19:15 in church discipline. Jesus also applied this principle to church discipline in Mt. 18:16, where witnesses are said to be necessary “so that … every fact [literally “word”] may be confirmed,” the witnesses being invited to sit with two people who are seeking to settle a personal or private sin (cf. Mt. 18:15 [variant reading]; Lk. 17:3, 4) that the witnesses did not themselves see. They become witnesses through this procedure. In effect, Paul is urging Timothy to follow this procedure found in Matthew 18 and the OT before the church accepts or acknowledges as correct an accusation against an elder.2

If the sinning pastor is unresponsive to that confrontation, then the matter goes before the church for a public rebuke and call to repentance just like in Matthew 18.

This process is designed to establish guilt and to prevent false accusations. It is a serious sin to bear false witness against a fellow church member. And it is no less scandalous to bring false accusations against an elder. Unfounded, scurrilous accusations are not to be entertained or spread within the church.

Why do we do it this way? Members of a congregation are sinners (including the pastor), and sometimes they sin against one another. Jesus wants brothers and sisters in Christ to go to each other and to reconcile with one another in private. He does not want them to go to war with one another and divide the body. That would be wicked. Members should love one another enough to deal discreetly so that they can reconcile and move on. This kind of one-on-one confrontation and reconciliation is supposed to be normal in the life of a church.

We don’t need to be quick to take offense at people. We need to forebear with one another and not take every opportunity to point out an offense. But when a real rift occurs because of sin, we need to be able to go to one another with the expectation that we can work it out in private.

It’s only after private confrontation has failed, that witnesses are brought in. If the offense cannot be established before witnesses, then the matter goes no further. But if it is established, it still needs to be kept quiet. No gossip or slandering. If the pastor persists in sin, it will come before the church in due time. Following these instructions helps to ensure that the charges will be established and well-founded, not based in half-truths and gossip.

No one should accept frivolous, unsubstantiated charges against a pastor (or any member for that matter). If the charges cannot be established by witnesses, then it doesn’t go public in any way and must be kept private.

That doesn’t mean that if a pastor sins against you and no one else happens to see it that you just have to live with it. The witnesses are not witnesses to the offense but to the confrontation after the fact. They can help establish whether the charges have merit or not (cf. Deut. 19:15-21).

Why do we do things in this way? Because we need to protect each other from baseless charges and petty gossip. And because we need to make a way for legitimate accusations to be heard and to go forward.

21 In the presence of God and of Christ Jesus and of the elect angels I charge you to keep these rules without prejudging, doing nothing from partiality.

Not “prejudging” means that we do not presume someone is guilty simply because they are accused. We must not predetermine guilt or innocence before the facts are in. Keeping these rules without “partiality” means that we do not go easy on some people because we think they are important. We do everything fairly, consistently, and in order.

UPDATE: I read on social media a question about how to respond when it is discovered that a pastor is involved in criminal conduct. My answer is that you should treat such a discovery in the same way that you would treat any other member of the congregation involved in criminal conduct—at least insofar as civil authorities are concerned. You should report criminal offenses to civil authorities.

My view is summed up in the 2018 SBC resolution on abuse that I drafted along with Andrew Walker and Katie McCoy. The messengers at the Southern Baptist Convention overwhelmingly approved the final version of that resolution. In that resolution, we wrote this:

WHEREAS, God ordains civil government as His servant to us for good (Romans 13:4) and intends for us “to render loyal obedience thereto in all things not contrary to the revealed will of God” (The Baptist Faith and Message, Article XVII)…

RESOLVED, That we strongly urge abuse victims to contact civil authorities, separate from their abusers, and seek protection, care, and support from fellow Christians and civil authorities; and be it further…

RESOLVED, That we implore all persons to act decisively on matters of abuse, to intervene on behalf of the abused, to ensure their safety, to report allegations of abuse to civil authorities according to the laws of their state, and to pursue church discipline against impenitent abusers…

The Bible teaches that God has appointed civil government as His servant to us for our good (Rom. 13:4), and that is why our confessional standard (the BF&M 2000) calls on believers “to render loyal obedience” to that government as it seeks to uphold justice. So for me and for so many other Southern Baptists, the obligation to report crimes to civil authorities is the clear implication of our confession. That obligation applies even if a pastor is the perpetrator, and I believe that our confession is absolutely correct in this.