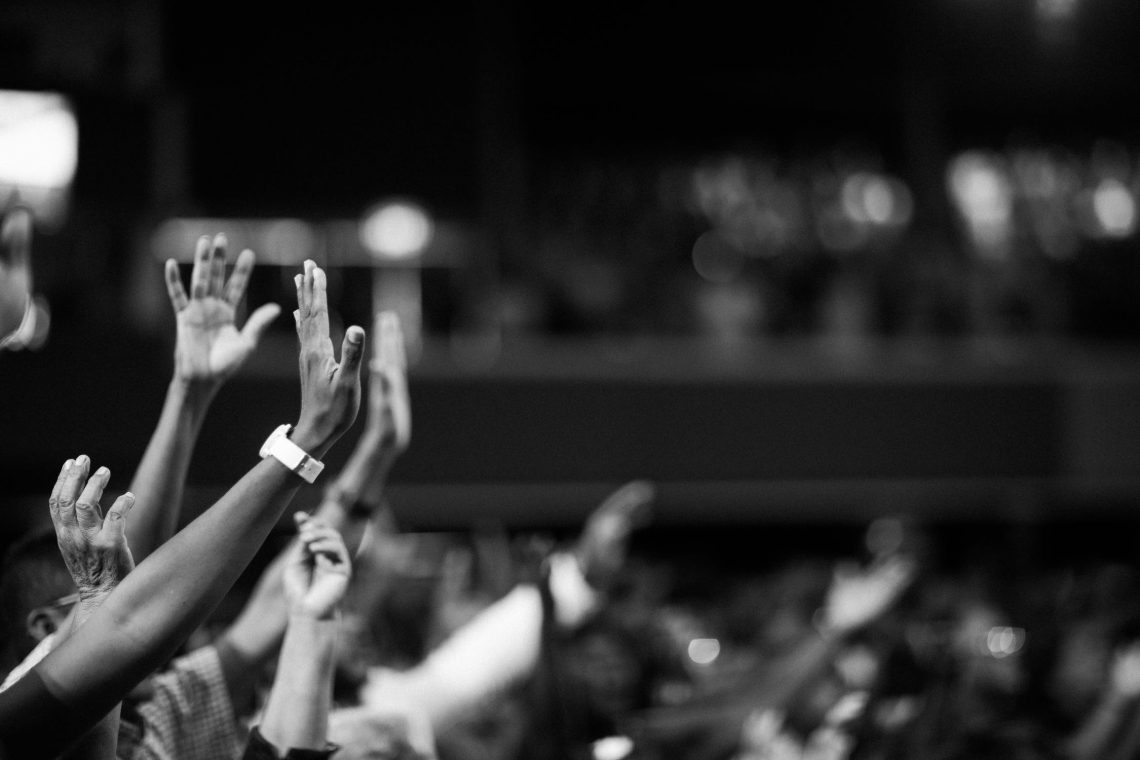 Former editor of Christianity Today, Mark Galli, wrote a jaw-dropping column last week. Galli’s essay discusses where the next generation of evangelical leadership is going to emerge from. Will it be from among “elite evangelicalism” (e.g., Fuller Seminary, CT, Intervarsity Press, World Vision, etc.), or will it be from among the constellation of “reactionary Reformed conservatives” (e.g., Doug Wilson)? Galli then goes on to talk about his tenure at Christianity Today and what it revealed to him about the priorities of “elite evangelicalism.” He writes,

Elite evangelicalism (represented by CT, IVPress, World Vision, Fuller Seminary, and a host of other establishment organizations) is too often “a form of cultural accommodation dressed as convictional religion.” These evangelicals want to appear respectable to the elite of American culture. This has been a temptation since the emergence of contemporary evangelicalism in the late 1940s, the founding of Christianity Today being one example…

I don’t know that evangelicals have been sufficiently self-reflective to admit their basic and personal insecurities. It’s just no fun being an outsider to mainstream culture. We all just want to be loved, and if not loved, at least liked and respected. Elite evangelicals are not just savvy evangelists but also a people striving for acceptance.

I saw this often when I was at CT. For the longest time, a thrill went through the office when Christianity Today or evangelicalism in general was mentioned in a positive vein by The
New York Times or The Atlantic or other such leading, mainstream publications. The feeling in the air was, “We made it. We’re respected.” ...

This tendency has only gotten worse, as now the mark of a successful evangelical writer is to get published regularly in the Times, Atlantic, and so forth. What’s interesting about such pieces is that (a) such writers make a point that affirms the view of the secular publication (on topics like environmental care, racial injustice, sexual abuse, etc.) and (b) they preach in such pieces that evangelicals should take the same point of view. However, their writing doesn’t reach the masses of evangelicals who take a contrary view and don’t give a damn what The New York Times says. If these writers are really interested in getting those evangelicals to change their minds, the last place they should be is in the mainstream press. Better to try to get such a column published in the most popular Pentecostal outlet, Charisma. Ah, but that would do nothing to enhance the prestige of evangelicals among the culture’s elite.

Evangelical columns in large part merely bolster the reputation of secular outlets, as these publications can now pat themselves on the back and say, “See, even religious people agree with us.” Rarely if ever will you see an evangelical by-line in such outlets that argues to protect life in womb or affirms traditional marriage.

We see an ancient dynamic here: When you seek to win the favor of the powerful, you will likely be used by them to enhance their own status. And along the way, many of your convictions will be sidelined. We’ve seen this happen on the religious right in the political nightmare of the last few years. But it happens on the left just as often.

Anyone paying attention to CT over the last decade or so is not surprised by any of this. What’s surprising is that Galli confirms it in so many words. He basically admits that “elite evangelicals” aim to win the respect and praise of Christianity’s cultured despisers and that such is the temptation in the CT newsroom itself.

What he describes is nothing other than the age-old temptation of theological liberalism, which in many ways was simply an attempt to make Christianity acceptable to cultural elites. As we all know now, that project led to the denial of core teachings of the Christian faith. For miracle-denying “Christians,” theological liberalism became the faith of the apostates not the faith once for all delivered to the saints (Jude 3). It was a failed project in the last century, and it will be a failed project in this one to the degree that “evangelical elites” pursue it.

Pursuing the approval of elites is a fool’s errand. Those undertaking this effort never seem to learn that elites are “just not that into you.” They never have been and never will be (John 15:18-19). A part of faithfulness in our generation and in any generation is to have a holy indifference about the approval of those who despise Christ. That is why Paul warns, “For am I now seeking the favor of men, or of God? Or am I striving to please men? If I were still trying to please men, I would not be a bond-servant of Christ” (Gal. 1:10).

Galli writes that it’s no accident that CT more or less snubs complementarians and 6-day creationists. It’s a direct consequence of their not wishing to offend elite sensibilities.

I saw this accommodation dynamic as CT managing editor and then editor in chief.  We said, for example, that the magazine did not take a stand in the complementarianism or egalitarianism debate. But we rarely if ever published an article that endorsed complementarianism; we did offer many that assumed egalitarianism in family and church life (not to mention the many women pastors who we published).

Then there was the six-day creation/evolution debate, in which again we said we took no stand.  But try to find an article in the last three decades that argued for or assumed six-day creation. And yet we published several pieces that simply assumed a billion-year time span for the history of the earth.

It’s not a coincidence that complementarianism and six-day creation are anathema to secularists, features of a religion out of touch with reality.

I offer one personal anecdote that confirms this in my own experience. Four years ago, a number of evangelical leaders and scholars gathered in Nashville, Tennessee to complete and endorse what would come to be known as “The Nashville Statement” on biblical sexuality. Over the next four years, an impressive array of evangelical seminaries, colleges, churches, and ministries would adopt the statement as a confessional standard. Two years ago, the PCA adopted it as a faithful tool for discipling their members. The same year, the Southern Baptist Convention also adopted a resolution employing language taken directly from The Nashville Statement.

As far as I can tell, the Nashville Statement was probably the last “big tent” evangelical consensus statement produced before the great Trump skandalon splintered evangelicalism into a variety of “elite” and “non-elite” factions. Somehow we were able to pull this off in 2017 after many of these fissures had already become apparent. Will there ever be another statement that could unite the likes of J.I. Packer, James Dobson, Wayne Grudem, John MacArthur, and Russell Moore? Maybe. But it’s hard to imagine it now.

And yet CT’s coverage of Nashville included one news story in which the title seemed to sound a note of warning, “Complementarians Issue New Manifesto on Gender Identity.” The report describes the statement as “endorsed by about 150 conservative Christian leaders—many of them male, Baptist, and Reformed.” A couple months after this report, CT released an editorial in which Galli himself lowers the boom on the Nashville Statement, complaining that it unnecessarily excludes gay Christians who affirm gay identity.

Galli further contends that the Nashville Statement fails because it “was largely driven by The Council on Biblical Manhood and Womanhood… and lacked broader participation.” On what basis does Galli make the claim that the participation was too narrow? Apparently just mentioning a complementarian organization is prima facie evidence that the participation was too narrow. Nevermind the fact that the principal drafters in fact included a broad range of evangelical traditions including Presbyterian, Anglican, Baptist, Charismatic, non-denominational, and others. The 180+ initial signatories represent an even wider array of evangelical traditions—for example, J. I. Packer and Sam Allberry (Anglican), R. C. Sproul and Rosaria Butterfield (Presbyterian), H. B. Charles and John Piper (Baptist), John MacArthur and Kent Hughes (Independent), James Dobson (Nazarene), and the list goes on and on. This is not even to mention the denominational affiliation of the over 24,000 persons who added their names online. The reception internationally has been tremendous and has led to translations of the statement into German, Spanish, Chinese, Dutch, Portuguese, and Arabic. Whether this representation would be broad enough for CT, I cannot say. But to say that the statement lacked broad participation is unfounded and misleading. The participation in this effort went far beyond CBMW’s usual constituency.

Nevertheless, the CT editorial claims the participation was too narrow but offers no reporting to back that claim up. The one report that CT did produce includes no interviews with the principal framers of the statement. To this day four years later, I have yet to have any reporter from CT ask me about how the statement came about, who the principal drafters were, who attended the meeting in Nashville, and what evangelical traditions they represent.* Apparently, all you need to know is that complementarians were involved. Ergo, it was too narrow.

I have no idea who will lead the evangelical movement going forward. It’s a bit of a strange query in any case since the evangelical movement is so diffuse and multi-faceted. I can only think of one single evangelical who has ever managed to win the respect of evangelicals across the spectrum, from CT to Charisma. That individual is Billy Graham, and he is no longer with us. So I am not sanguine that any leader or institution will capture the hearts and minds of a movement as unwieldy and amorphous as evangelicalism.

But if anyone could, I would hope that they would not make the good opinion of Christianity’s despisers the measure of their conduct or faith. Looking forward we desperately need pastors and ministry leaders who will be tenaciously committed to God’s revelation no matter how much that revelation offends the sensibilities of our age. Unless leaders are willing to adopt that kind of joyful defiance, evangelical Christianity will give way to some other religion or belief system. Such “Christianity” could become Christian-in-name-only (Titus 1:16). And that is an outcome that we all ought to resist.

* Almost two years after the release of the Nashville Statement, CT reporter Kate Shellnut sent me some questions about the Nashville Statement’s reception in the Netherlands. You can read her report here. But as best I can remember, I don’t recall any specific interviews about the genesis of the statement, and certainly none around the occasion of the statement’s release.