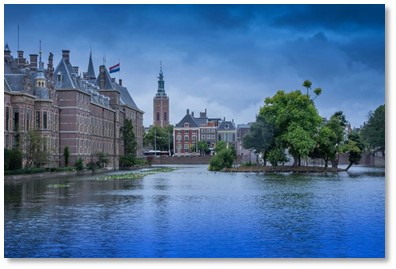 Last month, over 250 Dutch pastors and church leaders went public with their endorsement of the Nashville Statement. At least one member of the Dutch parliament also endorsed the statement. Even though they simply meant to reaffirm what Christianity has always taught for its entire 2,000-year history, the statement has been met with fierce opposition in the Netherlands.

Over the last several days, the public outcry against these leaders for their Christian convictions has been ferocious. Politicians and celebrities have publicly denounced them. The Hague, which is recognized as the international center for law and justice, flew a rainbow flag in protest of the Nashville Statement. And now, the country’s public prosecution service is “examining the statement to see if there [is] any basis for a criminal investigation,” according to a Dutch news site. The news report cites Article 1 of the Dutch constitution as possible grounds for the investigation, which states that “discrimination on the grounds of religion, belief, political opinion, race or sex or on any other grounds whatsoever shall not be permitted.”

But what the church believes about sexuality is precisely what is being contested today and what is so incomprehensible to secular people in the West. Much of my interview was edited out of the final version that you see above. In one exchange which is not included above, the interviewer asked if I believed in a “free society.” His question implied that Christian teaching about sexual morality is somehow at odds with free societies. He did not seem to recognize the irony of such a query. It doesn’t seem to have occurred to him that the outcry in the Netherlands threatens religious freedom, not sexual freedom.

I appreciate the opportunity to appear on this news program. They genuinely wanted to understand the aims and purposes of the Nashville Statement, and I think we made some headway on that front. That is more than I can say about the media’s response to the statement’s release in the U.S. a year and a half ago. Even though the Nashville Statement was widely covered in national media, not a single news outlet–secular, Christian, or otherwise–interviewed me about the statement. They interviewed our critics but failed to interview the people who spearheaded the effort. Consequently, a distorted narrative about the aims and purposes of the statement went unchallenged in many news reports.

I have been in touch with some of the Dutch signatories of the Nashville Statement. I am grateful for these men and their courageous stand for biblical teaching. Pray for these pastors. They did not anticipate this kind of opposition to what is essentially a confessional statement. But now they are being called to stand in the face of severe headwinds from the wider culture. They are also facing a potential criminal investigation from the country’s public prosecution service. Hopefully, this effort to criminalize Christian teaching will come to nothing, but we should nevertheless pray for these pastors until it does.