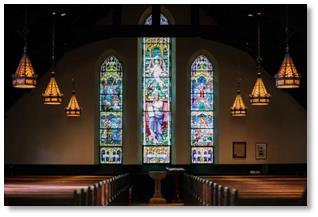 There are many evangelical churches who view their elders as a self-appointing, self-perpetuating leadership body in the church. They do not view the congregation as having much of a role in the selection and ordination of pastors. For them, congregational votes and involvement in the process are American cultural artifacts read into the biblical text, not norms emerging from the witness of scripture.

One of the texts often cited as evidence for this view is Titus 1:5, a text in which the apostle Paul gives some very specific instructions to the lead pastor in Crete—Titus. It says this:

5 This is why I left you in Crete, so that you might put what remained into order, and appoint elders in every town as I directed you.

At first blush, the situation looks straightforward. An apostle instructs a pastor to appoint other pastors. The pattern for installing church leadership, therefore, should be the same for us. Pastors identify and install other pastors. This biblical case was once compelling to me, and it used to be my view.

I am now convinced, however, that this view is incorrect. I won’t rehash all the reasons for this in a single blog post, but I do want to explain how Titus 1:5 fits in with a congregational approach to appointing church leaders. I just delivered a sermon about this to my church yesterday, and here’s what I told them.1

The book of Acts reveals that Paul had a certain pattern that he followed in planting churches during his mission to the Gentiles. That pattern is described succinctly in Acts 14:21-23:

21 When they had preached the gospel to that city and had made many disciples, they returned to Lystra and to Iconium and to Antioch, 22 strengthening the souls of the disciples, encouraging them to continue in the faith, and saying that through many tribulations we must enter the kingdom of God. 23 And when they had appointed elders for them in every church, with prayer and fasting they committed them to the Lord in whom they had believed.

Yes, Paul tells Titus to appoint elders, but he doesn’t specify in this text how this appointment process was supposed to unfold. This single term “appoint” does not by itself reveal the entire picture. Paul is silent about such details in this text (as is Luke in Acts 14), but there are other texts which help us to see more clearly the apostolic pattern for appointing qualified candidates to official church office.

In Acts 6:3, the apostles are discussing how they will appoint qualified men to serve the church in Jerusalem. It is widely believed that the office of deacon is grounded in what unfolds in this text. As such, the Apostles are establishing a pattern for appointment to official church office. What do the apostles model for us? They turn to the whole “congregation” and say this:

3 Therefore, brothers, pick out from among you seven men of good repute, full of the Spirit and of wisdom, whom we will appoint
[same word as Titus 1:5] to this duty.

The word for “appoint” is the same one that we find in Titus 1:5. But the apostolic “appointing” is the end of a process that includes the congregation. The Bible says that the “whole congregation” chose the Seven and brought them to the apostles (Acts 6:5-6). And then the apostles laid hands on them (Acts 6:6). So the process unfolds like this:

I think we should read Paul’s words to Titus in Titus 1:5 in light of this apostolic pattern for “appointment” to church office. The congregation’s role in recognizing and appointing church leadership has warrant in scripture—indeed direct apostolic warrant. Thus there is a role both for the elders and for the congregation in appointing church officers. Congregational votes, therefore, aren’t a vestige of American cultural expectations. They are simply one way of discerning who the congregation recognizes as qualified office-holders in the church.

That means that every single member has a responsibility to know the qualifications for church leadership and only select those that meet the qualifications. If the congregation ever forsakes that responsibility, the church risks drifting into weakness and perhaps even into false teaching. So every single church member has a special responsibility to know and follow the will of God in their role as a member of the church. And that role includes the appointment of elders.