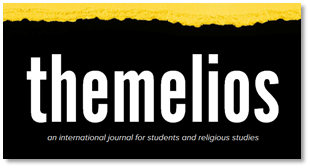 D. A. Carson has written an essay for Themelios explaining “Subtle Ways to Abandon the Authority of Scripture in Our Lives.” Among other examples, he lists Zondervan’s recent Counterpoints volume which has two essays arguing that homosexual immorality is compatible with scripture, and two essays arguing that it isn’t. I’ve commented on the Counterpoints volume twice in this space (here and here), and I share Carson’s concerns. Here is an excerpt from Carson’s essay:

Recently Zondervan published Two Views on Homosexuality, the Bible, and the Church; this book bills these two views as “affirming” and “non-affirming,” and two authors support each side. Both sides, we are told, argue “from Scripture.” If the “affirming” side was once viewed as a stance that could not be held by confessional evangelicals, this book declares that not only the non-affirming stance but the affirming stance are represented within the evangelical camp, so the effect of this book is to present alternative evangelical positions, one that thinks the Bible prohibits homosexual marriage, and the other that embraces it…

Inevitably, there have been some articulate voices that insist that adopting an “affirming” stance on homosexual marriage does not jeopardize one’s salvation and should not place such a person outside the evangelical camp. For example, in his essay “An Evangelical Approach to Sexual Ethics,” Steven Holmes concludes, “Sola Fide. I have to stand on that. Because the Blood flowed where I walk and where we all walk. One perfect sacrifice complete, once for all offered for all the world, offering renewal to all who will put their faith in Him. And if that means me, in all my failures and confusions, then it also means my friends who affirm same-sex marriage, in all their failures and confusions. If my faithful and affirming friends have no hope of salvation, then nor do I.” But this is an abuse of the evangelical insistence on sola fide. I do not know any Christian who thinks that salvation is appropriated by means of faith plus an affirmation of heterosexuality. Faith alone is the means by which sola gratia is appropriated. Nevertheless, that grace is so powerful it transforms. Salvation by grace alone through faith alone issues in a new direction under the lordship of King Jesus. Those who are sold out to the “acts of the flesh … will not inherit the kingdom of God” (Gal 5:19–21). The apostle Paul makes a similar assertion in 1 Corinthians 6:9–11:

Or do you not know that wrongdoers will not inherit the kingdom of God? Do not be deceived: Neither the sexually immoral nor idolaters nor adulterers not men who have sex with men nor thieves nor the greedy nor drunkards nor slanderers nor swindlers will inherit the kingdom of God. And that is what some of you were. But you were washed, you were sanctified, you were justified in the name of the Lord Jesus Christ and by the Spirit of our God (emphasis added).

In the context of Paul’s thought, he is not saying that without sinless perfection there is no entrance into the kingdom, but he is saying that such sins—whether greed or adultery or homosexual practice or whatever—no longer characterize the washed, sanctified, and justified. In other words, it is one thing to affirm with joy that sola fide means that we appropriate the merits of Christ and his cross by faith alone, not by our holiness—that holiness is the product of salvation, not its condition—and it is quite another thing to say that someone may self-consciously affirm the non-sinfulness of what God has declared to be sin, of what God insists excludes a person from the kingdom, and say that it doesn’t matter because sola fide will get them in anyway. The Scriptures make a lot of room for believers who slip and slide in “failures and confusions,” as Holmes put it, but who rest in God’s grace and receive it in God-given faith; they do not leave a lot of room for those who deny they are sinning despite what God says. Sola gratia and sola fide are always accompanied by sola Scriptura, by solus Christus, and by soli Deo gloria.

Carson goes on to comment on a number of contemporary developments related to evangelicals and sexuality—including Brandon and Jen Hatmaker’s recent endorsement of sexual immorality. Read the rest of Carson’s essay here.