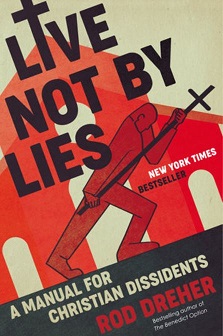 In high school, I remember starting George Orwell’s 1984 and Aldous Huxley’s Brave New World but never finishing either one of them. I thought they were boring and—what’s worse—morose. So I gave up on them. That was then, and this is now. In the last few months, I restarted and completed each of them. First, Brave New World and then 1984. This time, I was very much engaged. Both books read like totalitarian prophecies that have or at least are on the verge of coming true.

Both of them forecast dystopian futures dominated by totalitarian regimes. One totalitarianism maintains power by appealing to human desire for pleasure (Brave New World) and the other by brute force (1984). They are both terrifying in their own way, but the one that horrified me is 1984. Why? Because it’s a vivid depiction of how human nature can be contorted by an oppressive authority that demands not only obedience but thought-conformity. It’s an authority that makes demands not only on your deeds but also on your thinking. Thinking the wrong thoughts can cost you your life, and the only way to avoid having to pay is to embrace irrationality and lies—indeed to believe them. Watching Winston Smith crumble into saying “2 + 2 = 5” and “I love Big Brother” have to be some of the darkest words I’ve ever heard.

One of the bracing realities of 1984 is that it describes in fictional terms what was actually happening under communist totalitarianism. Many in the world saw that evil for what it was but did not understand how it could come to dominate such a venerable civilization. Orwell explains how it happens. If a determined minority can take the reins of power and force people to live by lies, then the crumbling of humanity and totalitarianism will follow.

So my eyes were wide open after finishing these two books and immediately taking up Rod Dreher’s New York Times bestseller Live Not By Lies: A Manual for Christian Dissidents (Sentinel, 2020). I finished Dreher’s book a couple weeks ago, and it is equally as chilling as the other two books. Rod shows that the dystopian totalitarian visions of Huxley and Orwell are not that far from reality in 2020. No, we are not facing the “hard totalitarianism” of 1984, but we are facing the “soft totalitarianism” of Brave New World. Those of us living in the West in 2020 have been reared in a consumerist culture that valorizes pleasure and gratification, and we find ourselves facing social retribution unless we conform our minds to the propaganda of the woke left.

Dreher spent a lot of time over the last few years interviewing dissidents from Soviet-style communist regimes. In those interviews, Dreher discovers that they all see America as having entered a pre-totalitarian phase. Dreher explains:

What makes the emerging situation in the West similar to what they fled? After all, every society has rules and taboos and mechanisms to enforce them. What unnerves those who lived under Soviet communism is this similarity: Elites and elite institutions are abandoning old-fashioned liberalism, based in defending the rights of the individual, and replacing it with a progressive creed that regards justice in terms of groups. It encourages people to identify with groups—ethnic, sexual, and otherwise—and to think of Good and Evil as a matter of power dynamics among the groups. A utopian vision drives these progressives, one that compels them to seek to rewrite history and reinvent language to reflect their ideals of social justice.

Further, these utopian progressives are constantly changing the standards of thought, speech, and behavior. You can never be sure when those in power will come after you as a villain for having said or done something that was perfectly fine the day before. And the consequences for violating the new taboos are extreme, including losing your livelihood and having your reputation ruined forever.

People are becoming instant pariahs for having expressed a politically incorrect opinion, or in some other way provoking a progressive mob, which amplifies its scapegoating through social and conventional media. Under the guise of “diversity,” “inclusivity,” “equity,” and other egalitarian jargon, the Left creates powerful mechanisms for controlling thought and discourse and marginalizes dissenters as evil (pp. xi-xii).

Enforced speech codes demanding that we recognize biological males as women is not very different from being forced to say that “2 + 2 = 5.” And yet right now, HR departments across the industrialized West are forcing these speech codes on their employees under threat of retribution if they don’t comply. In this way, Americans are being conditioned by powerful social forces to deny human nature as male and female and to embrace LGBT propaganda.

Those who look at the failed Soviet experiment and conclude that “it can never happen here” are overestimating human nature and therefore underestimating the threat we are facing. The parallels between our time and that of the dissidents are obvious, yet many people are unaware of them. Dreher traces all of this out in excruciating detail and paints a pretty dark picture of the days ahead. Nevertheless, he does say that there is hope. Christians have weathered such storms in the past and will do so again. Nevertheless, they need to pay attention to the storm heading our way right now in order to be ready for it. The only ones who will be ready are the ones who have determined (in the words of Alexander Solzhenitsyn) to “live not by lies”—to never let yourself be manipulated into saying that 2 + 2 = 5.

Some have complained that Dreher is being too pessimistic in this book. I disagree. Dreher is being realistic, and no one is being served by those who are whistling past the graveyard—as if the totalitarian impulses of the woke left aren’t a clear and present danger to Christian faithfulness and witness. They are, and we need to ready ourselves.

I really enjoyed Live Not by Lies. It is a book for our time, and I hope you will read it. 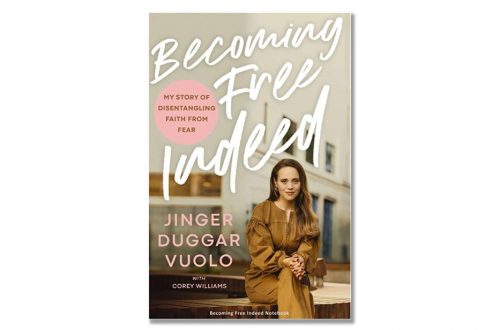