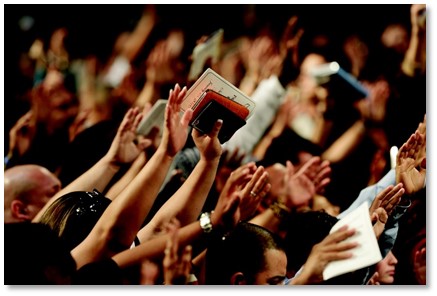 I have been preaching through 1 Corinthians at my church and have just completed a series of sermons on Paul’s long section about matters related to public worship (chs. 11-14). At the beginning and end of this section, Paul addresses the role of women in public worship. In chapter 11:2-16, Paul introduces the idea of male headship and the need for women to honor headship when they pray and prophesy in the gathered assembly. In chapter 14:34-35, Paul says that women need to “keep silent” and to “subject themselves” when prophecies are uttered during congregational worship.

One item that stood out to me in both of these texts is that Paul grounds his teaching about male headship in the common practice of all the churches. After instructing women to honor male headship by wearing head coverings, Paul writes:

1 Cor. 11:16 “But if one is inclined to be contentious, we have no other practice, nor have the churches of God.”

Likewise, when giving instructions about orderliness while people are prophesying, Paul writes:

1 Cor. 14:33-36
33b as in all the churches of the saints. 34 Let the women keep silent in the churches; for they are not permitted to speak, but let them subject themselves, just as the Law also says. 35 And if they desire to learn anything, let them ask their own husbands at home; for it is improper for a woman to speak in church. 36 Was it from you that the word of God first went forth? Or has it come to you only?

Notice what Paul is doing. In both of these texts, Paul says that his teaching about headship and submission is not some sidebar item that churches can either take or leave. He says that his teaching on headship, manhood, and womanhood are a part of the apostolic foundation that he has laid in “all the churches of the saints” (14:33b). To depart from this foundation is to depart from something that the apostle believes to be fundamental.

In 11:16, it’s as if Paul is saying to his readers, “If you don’t like honoring headship in worship, you need to know that you are out on an island. If you want to follow me and the other apostles, you won’t fight me on this. You will turn your heart toward honoring headship in the way that I am telling you.”

If all the churches are hearing from the Spirit one thing, but the Corinthians are practicing another thing, then that’s an indication that the Corinthians are the outliers, not everyone else. Everyone else is observing male headship. So also should Corinth. This is in keeping with 1 Cor. 11:16 where Paul writes, “We have no other practice, nor have the churches of God.”

This emphasis from Paul struck me because of discordant notes that I have been hearing lately. Right now, these notes seem to be low rumblings, but I can imagine that they may be getting louder in days ahead. I have heard some people denigrate “biblical manhood and womanhood” as “white” theology that is rooted more in racial stereotypes than in biblical teaching.

While it is true that all of us need to be on guard against unbiblical stereotypes, we need to be very careful that we not throw out the baby with the bathwater. My concern is that some may be in danger of casting aside what the Bible teaches on these things simply because of an alleged association with “whiteness.”

This would be a serious mistake—indeed a grave error putting one outside of the apostolic teaching that Paul intends for “all the churches.” It would be casting aside God’s design in creation. It would also be a rejection of the very truths that God intends for our good and flourishing.

Paul wishes to emphasize that his teaching about male headship is not something that is good for some people but not for others. It’s not merely a cultural construct. No, it is a part of God’s creation design, and it is the pattern that must prevail in every church. If that is true, then we ought to honor the headship norm just as all other faithful churches do. And we ought to beware of any attempt to denigrate this teaching as a mere cultural construct that can be set aside. No, this is the word of God, and as Christians we are duty bound to uphold and cherish this teaching.

Paul says that the headship principle is recognized in all his churches. And so it must be in ours.