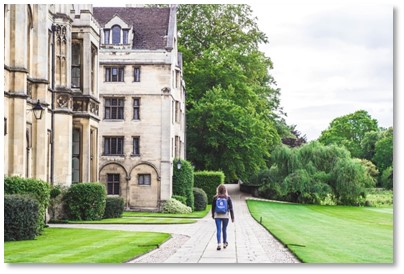 I read an interesting little essay by King’s College professor David Talcott last week. It was the title that caught my eye: “Don’t Assume Because A College Is Christian It’s A Safe Place For Your Kid.” Talcott’s essay dealt largely with left-leaning political views on campuses, but near the end he made a comment about theological first principles:

Christian education today is still in many ways excellent and the deeply religious culture of these institutions… can be a wonderful place for spiritual growth. But on matters related to sex, gender, and politics, it is “buyer beware” and “trust, but verify.”

Parents and donors who care about Christian higher education remaining Christian for the long-term need to ask pointed questions of the institutions to which they entrust both their children and their donation dollars. We can no longer assume that everything is okay simply because the school has always been Christian and conservative.

After all, Harvard University was founded to train Christian ministers. Schools have drifted before and they can do so again. Based on the available evidence, it’s already happening.

As I said, Talcott’s article dealt largely with left-leaning political views that dominate so many campuses. But it was this last part that I felt was most important. A campus’s culture is determined largely by what its deepest convictions are, and those convictions are irreducibly theological.

That is why institutions that abandon orthodox Christian teaching cease to be meaningfully Christian. They are at best “Christian” in name only. And this is where many parents and prospective students need to beware. There are many “Christian” schools that no longer teach orthodox Christianity. Many in fact teach doctrines that are inimical to the faith.

There is hardly anything more destructive you can do to child’s faith than to send him to a “Christian” college/university that is theologically liberal, trending left, or only nominally Christian.

And it will be the “Christian” part of the curriculum—the Bible and religion classes—that will do the most damage. They will try to convince your child that the Bible is deeply flawed and that orthodox Christian faith is bigoted and immoral.

Students under the spell of theological liberalism are often tempted to use their newfound skepticism as a pretext for all manner of immorality. If they become convinced that the Bible isn’t true & the faith is a farce, they will eventually give themselves over to impurity.

Do not send your child into this kind of environment. It’s far better to send them to a secular university with a good church nearby and vibrant campus ministries than to send them to a “Christian” school that is trending left.

If you want to send your child to a Christian school, do your homework and make sure that the school is holding fast to an orthodox confession that the administration and faculty are held accountable to. @BoyceCollege, where I teach, is like that. There are others as well.

After one reader noted the importance of the local church in all of this, I concurred in another thread:

Totally agree that a healthy local church is a MUST no matter where a student attends school.

There are special dangers, however, in a theologically liberal environment because students subject themselves to the very kinds of teachers that the Bible commands us to shun.

“Reject a factious man after a first and second warning, knowing that such a man is perverted and is sinning, being self-condemned.” -Titus 3:10-11

“If anyone comes to you and does not bring this teaching, do not receive him into your house, and do not give him a greeting; for the one who gives him a greeting participates in his evil deeds.” -2 John 10-11

These teachers are a special danger because in the name of Christ they subversively lead people away from Christ. They deceive people into accepting a version of the faith that is actually a repudiation of the faith.

“…from among your own selves men will arise, speaking perverse things, to draw away the disciples after them.” -Acts 20:30

They will have an appearance of godliness but will have rejected everything essential.

In short, they are the last people that you want to subject young learners to. They will do all they can to close student’s minds to the truth. The stakes are really high.

I had no idea that this little thread would produce such a vociferous response online, but it has. Unfortunately, some of the responses have been more heat than light and have misunderstood what the original thread was about.

Some have mistaken the thread as an argument for political conservatism. That is a misreading. If you are going to follow the argument, you have to understand that I am making a theological statement not a political one. Of course our theology has implications for politics, but politics is not my main concern here. I am writing about the unique danger of theological liberalism to young Christians. Here’s a primer on theological liberalism for those who might find it helpful.

Do I believe in robust confessional Christian education? Yes, I do. But I was not giving a blanket endorsement of every school with a “conservative” statement of faith. Nor was I suggesting that the only legitimate choice for college is a Christian school. I actually don’t believe that a Christian school is for everyone. Indeed, as I said above, it really is far better for a student to attend a secular university with a good church nearby and vibrant campus ministries than to attend a “Christian” school that is trending to the theological left.

Both kinds of schools are going to present challenges to a student’s faith, but there is nevertheless a key difference between them. The wolves are wearing sheep’s clothing in a theologically liberal school. In a secular school, no one is even pretending to be Christian. That is why a secular environment is often far more manageable for a young Christian than a theologically liberal environment that is undermining the faith in the name of the faith. The latter is far more subversive and therefore destructive.

But make no mistake. Both environments will pose real challenges that can undermine a student’s faith in the absence of real discipleship in a healthy local church. The means of grace are the same for college students as they are for the rest of us. Anyone who neglects them is less likely to finish their course no matter what kind of school they attend—either liberal or conservative.

An education is more than a data download. It’s about forming the character of young minds. So yes, parents and prospective students need to beware of schools that are Christian in name only and that actively advocate against Christian teaching. The Bible’s warnings against such teaching applies not only to the church but to anyone who teaches falsely in the name of Christ.