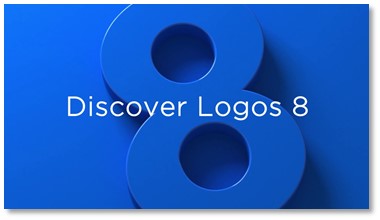 There are some professors of Bible who have an allergy to Bible software. I am not one of them. But those who do object do so mainly because they fear their students may use such a resource as a crutch and as a result may never really learn how to read the Bible in the original languages. Their concern is that students may rely on the software’s instant parsing and glosses so much that they never actually learn how the language works. While I agree that this is a legitimate concern, I do not agree that eschewing Bible software altogether is the answer.

Students of Hebrew and Greek do in fact need to learn the elements of the languages and how to read the scripture without having to rely on software. Having said that, once the baseline skills have been mastered, software can be used with great profit for exegesis and research. That has certainly been my experience over the years, both as a student and as a professor and pastor. I have been using Bible software to aid in research and sermon preparation since the late nineties, and I have never looked back.

Early on, my program of choice was the now-defunct GRAMCORD. GRAMCORD was lean and mean, focusing on Bible Study in the original languages and little else. I have always worked on a PC platform, and back then GRAMCORD was the closest thing to Accordance that was available for those of us not working an Apple platform. In the early 2000’s, I made the switch to BibleWorks, which had much better user interface and which also focused narrowly on original language study without too many bells and whistles beyond that. But as of last summer, BibleWorks has become defunct too. Ever since then, I have been on the lookout for something to replace it.

The truth is that I have been a Logos owner for about 13 years, but I have only been a bona fide Logos user for about six years. The main reason for that is primarily technical. I have been using PC’s that have been issued by my employers over all these years. For whatever reason, I never could get LOGOS to run well on those computers. The program was slow to load and slow to use. And I don’t have time for slow. For that reason, I steered clear of the program. Even though I had LOGOS loaded onto my machine, I rarely used it. It just took too much of my PC’s resources to be practical.

But all of that changed about six years ago when I bought my first iPad. I began to use LOGOS’s mobile app on my iPad, and it was a game-changer. I was able to access any book in my LOGOS library without all the sluggishness that had bedeviled my use of the program on my PC’s. It was at that point that I actually began using the program. But still, I was only using LOGOS on my iPad and very rarely accessing it from my main workstation, which was where I carried out the majority of my research and sermon prep.

But then all of that changed about a year and a half ago when I got a new PC from work. Currently, I am using a Dell machine with a speedy processor and (more importantly) eight gigs of RAM. The bottom line is that, for the last year and a half, I have had a work station that runs LOGOS like greased lightning. On top of that, the new LOGOS 8 is about ten times as fast at LOGOS 7 when it comes to searches. As a result, LOGOS has become an integral part of my research, sermon prep, and classroom instruction. It has become such a fixture in my work that it is hard to imagine how I would be able to do what I do without it.

Last year, LOGOS rolled out a new version of its software—LOGOS 8. LOGOS 8 is by far the best iteration of this tremendous tool. It is for that reason that I want not only to commend the use of Bible software but also to recommend LOGOS in particular. In my post tomorrow, I will give you my review of LOGOS 8 and explain why it is such an integral part of my daily study of scripture.

NOTE: LOGOS is offering a launch discount on Logos 8–10% for first-time base package purchasers or 25% for upgraders. This deal only lasts until February 7, so if you’re going to order you’ll want to do so before then.

My Take-Away’s from the Trinity Debate