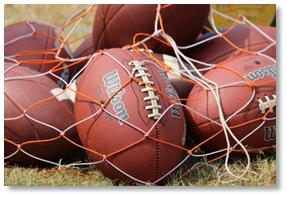 There is a new study suggesting a link between football violence and degenerative brain disease. Here is the description from The New York Times.

Dr. Ann McKee, a neuropathologist, has examined the brains of 202 deceased football players. A broad survey of her findings was published on Tuesday in The Journal of the American Medical Association.

Of the 202 players, 111 of them played in the N.F.L. — and 110 of those were found to have chronic traumatic encephalopathy, or C.T.E., the degenerative disease believed to be caused by repeated blows to the head.

C.T.E. causes myriad symptoms, including memory loss, confusion, depression and dementia. The problems can arise years after the blows to the head have stopped…

The set of players posthumously tested by Dr. McKee is far from a random sample of N.F.L. retirees. “There’s a tremendous selection bias,” she has cautioned, noting that many families have donated brains specifically because the former player showed symptoms of C.T.E.

But 110 positives remain significant scientific evidence of an N.F.L. player’s risk of developing C.T.E., which can be diagnosed only after death. About 1,300 former players have died since the B.U. group began examining brains. So even if every one of the other 1,200 players would have tested negative — which even the heartiest skeptics would agree could not possibly be the case — the minimum C.T.E. prevalence would be close to 9 percent, vastly higher than in the general population.

The N.F.L.’s top health and safety official has acknowledged a link between football and C.T.E., and the league has begun to steer children away from playing the sport in its regular form, encouraging safer tackling methods and promoting flag football.