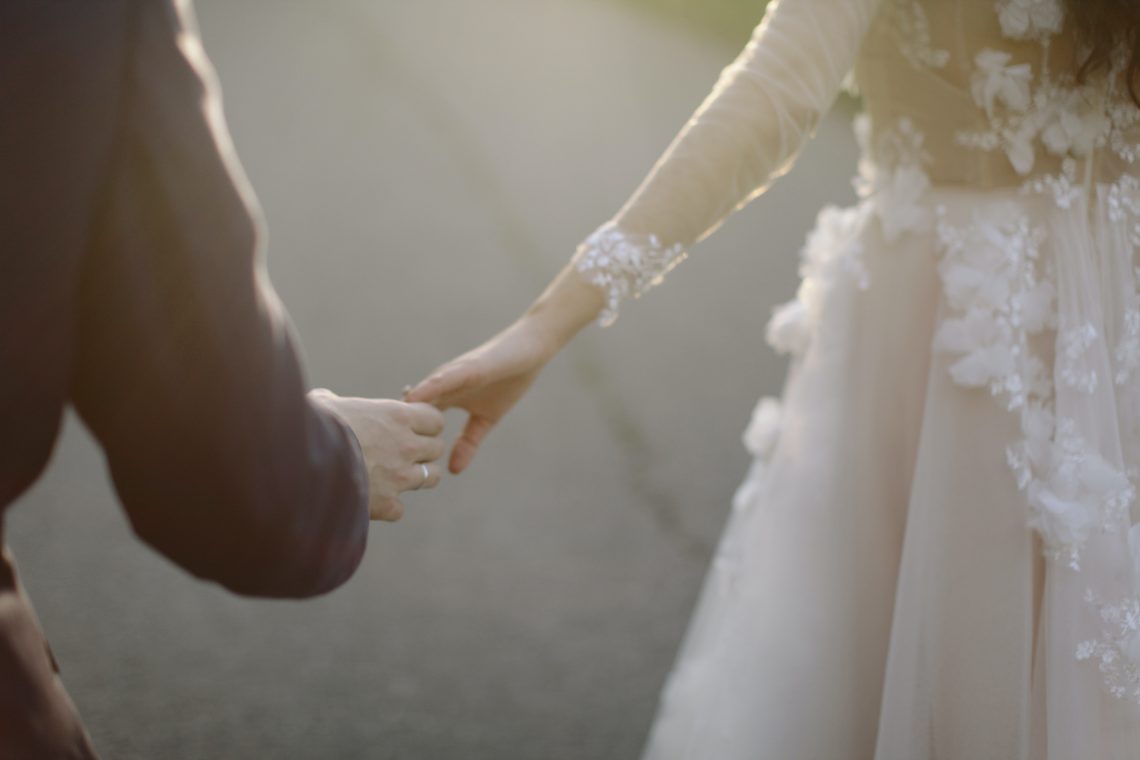 “For I feel a divine jealousy for you, since I betrothed you to one husband, to present you as a pure virgin to Christ. But I am afraid that as the serpent deceived Eve by his cunning, your thoughts will be led astray from a sincere and pure devotion to Christ.“ -2 Corinthians 11:2-3

The law of Moses implies that it is the father’s responsibility to present a pure bride to her betrothed husband (Deut. 22:13-21). Paul says that he plays the father of the bride in Christ’s “betrothal” to his church. His goal is to present God’s people to Christ a as pure virgin at the wedding ceremony.

Even in our own modern wedding ceremonies, we at least symbolically portray the same thing. A bride wears white to symbolize purity. A father walks the bride down the aisle to present her for marriage to her fiancé and to say that the responsibility of care and protection now belongs to the groom.

One of the best parts of a wedding ceremony is watching the faces of the bride and groom when they first see each other as she comes down the aisle. Their eyes lock, they are looking at one another, and everything and everyone in the room fall away from their attention. All of us watching are craning our neck to see the beautiful bride. Then we are leaning and looking to make sure we see the look on the groom’s face as his eyes meet hers. We want to witness the mutual delight reflected on their faces.

But imagine for a moment what it would be like if while walking down the aisle, their eyes don’t meet. Instead, she’s looking around at the congregation to see if there are any cute guys in attendance. Her groom is looking at her, but she’s trying to catch the attention of other men in the room. And some of the other men in the room are trying to catch her attention.

A guy on the back row calls her name and says, “You’re looking good. Let’s get together.” He hands her a slip of paper with his number on it. She takes it. Another guy stands holds his hand out in the aisle, grabs her hand, gives her a little kiss, and says, “There’s more where that came from. I’ll call you later.” And she smiles and says, “Can’t wait.” And this goes on with two or three more men in the room as she walks down the aisle.

By the time her frustrated father finally gets her down to the altar, in all likelihood she will be standing there alone because any groom capable of rubbing two brain cells together would have already made his exit by then. No man marries a woman who is making arrangements for infidelity on her way down the aisle. No father would try to present such promiscuous infidelity to a waiting groom.

And yet, how many Christians treat their betrothal as an opportunity for infidelity? When you become a Christian, you become betrothed to Christ. And your whole life between now and the second coming of Christ is one long walk down the aisle. How many of you are taking your eyes off Christ to see if there are any other cute alternatives in the room?

Paul says that he is jealous to make sure that he presents Christ’s bride to him not as a roving-eyed adulteress but as a single-minded, pure bride. Paul means for all of us not to be roving-eyed adulteresses but to be single-minded in our devotion to Christ. We never take our eyes off the prize, and the prize is Christ. We are not looking around the room for alternatives. If someone calls our name to present themselves as a better alternative, we don’t even turn our heads. Our eyes are fixed on the prize and all other voices and concerns fade from view.

Paul versus the Super-Apostles