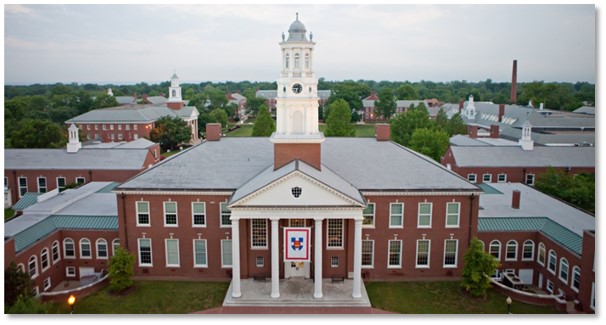 David French is coming to Boyce College and Southern Seminary next week to deliver a series of lectures titled, “What Is Intersectionality? Understanding How Intersectionality and Identity Theory are Shaping College Campuses and the Nation.” Here is the where and the when of the event:

I cannot tell you how eager I am to have David on campus. He has long been one of my favorite writers and thinkers, and it is a real privilege to have him as our guest. I had the opportunity to hear David lecture on Intersectionality a few years ago, and it was phenomenal.

If you are in or around Louisville next Wednesday, I cannot recommend these talks highly enough. I hope to see you there.

David French is a senior writer for National Review, a senior fellow at the National Review Institute, an attorney (concentrating his practice in constitutional law and the law of armed conflict), and a veteran of Operation Iraqi Freedom. He is the author or co-author of several books including, most recently, the No. 1 New York Times bestselling Rise of ISIS: A Threat We Can’t Ignore. He is a graduate of Harvard Law School, the past president of the Foundation for Individual Rights in Education (FIRE), and a former lecturer at Cornell Law School. He has served as a senior counsel for the American Center for Law and Justice and the Alliance Defending Freedom. David is a former major in the United States Army Reserve (IRR). In 2007, he deployed to Iraq, serving in Diyala Province as Squadron Judge Advocate for the 2nd Squadron, 3rd Armored Cavalry Regiment, where he was awarded the Bronze Star. He lives and works in Columbia, Tennessee, with his wife, Nancy (who is also a New York Times bestselling author), and three children.